“It's mostly just spread through word of mouth.” 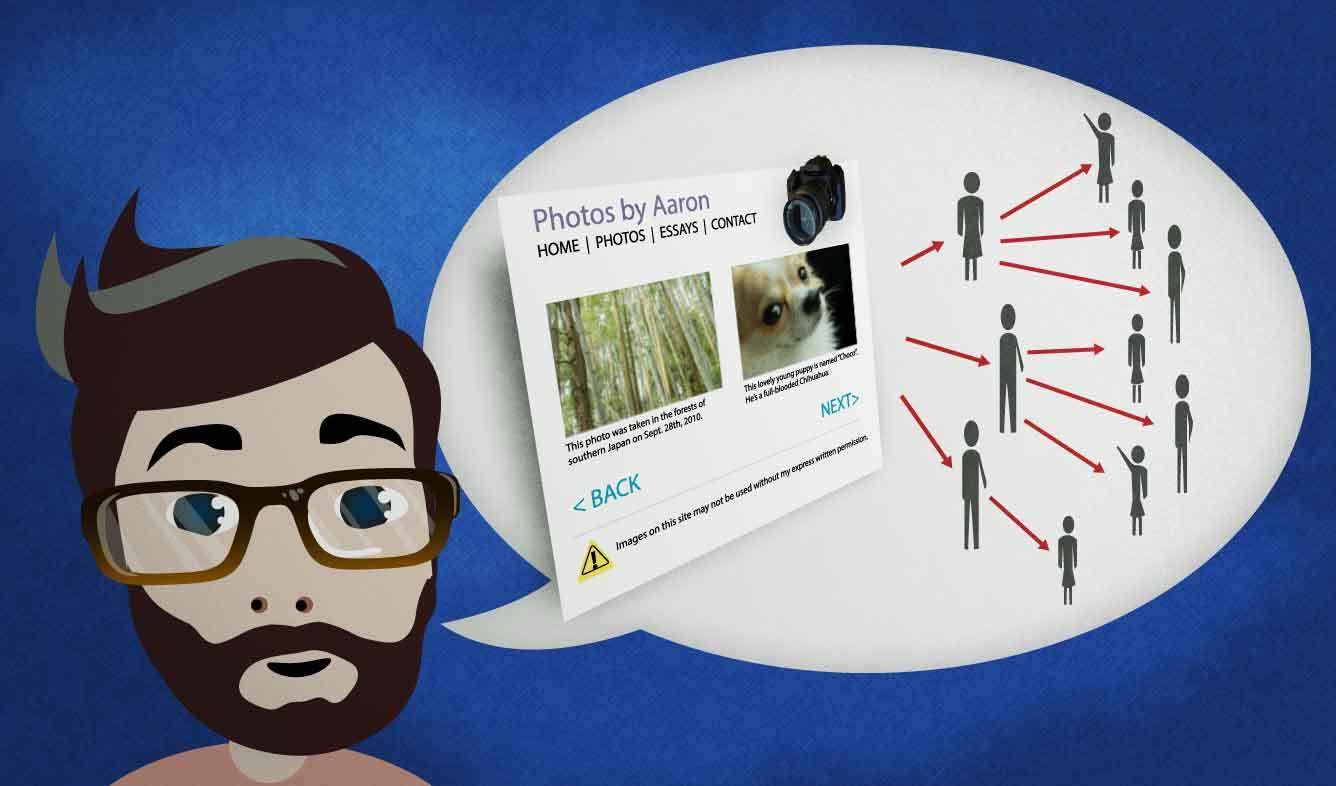 You have a blog. It's started to become really popular. A friend asks how it became so popular, but you didn't do any advertisement for it. You say this.

It's mostly just spread through word of mouth.

(an idea) spreads through (something)

Use the verb "spread" to describe the way that an idea becomes more and more well-known.

This is an idea that's worth spreading.

The way that it spreads can be described with "through":

It originally spread through Twitter. Now it's starting to get some attention from major TV talk shows.

By the way, diseases also spread as well as ideas:

"Mostly" is a good word for conversation and casual English. A good alternative in more formal English is "primarily":

It has primarily spread through word of mouth.

"Word of mouth" is when people tell their friends, family, etc. about something and recommend it. Things that become popular this way are said to "spread through word of mouth".

"Word of mouth" is especially used to talk about things becoming popular without being advertised.

You can also talk about something having "good word of mouth":

That new Mexican restaurant on Falcon Street has good word of mouth.

“Oh yeah: when does your passport expire?”