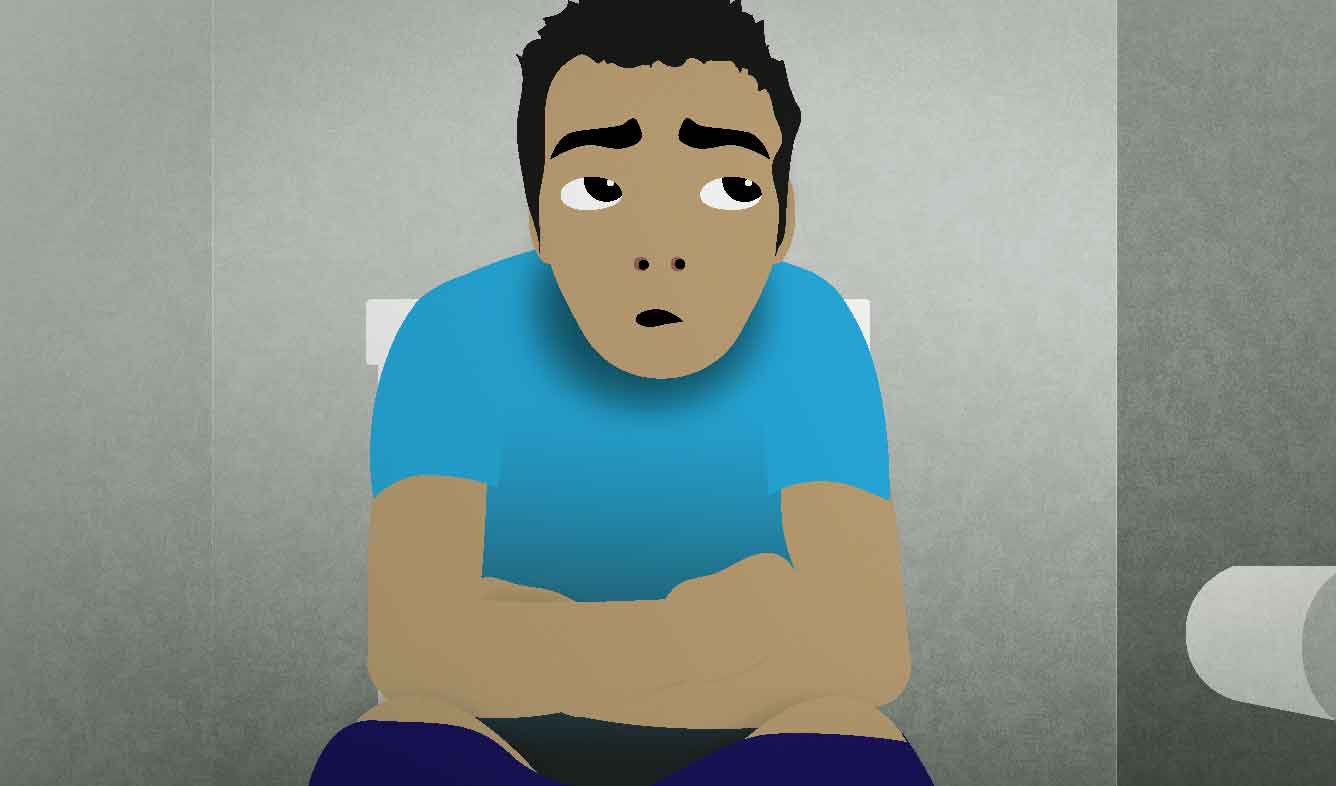 You're using the bathroom at a restaurant. There's only one toilet. Someone is trying to open the door, and you want to let them know that they can't come in because you're already in there. You yell this at the person.

"Occupied" means that a place is being used. For example, when there are people already using a shared meeting room at an office, the room "is occupied":

It looks like this room is occupied, so why don't we try the one at the other end of the hall.

Some things that you can describe as "occupied" include:

"Occupied" is slightly formal. A less formal way to express the same idea is:

In this situation - explaining that you're using the toilet - you should use the word "it" to talk about the bathroom.

Some English learners make the mistake of saying "Here is ___" to talk about a place, but that's usually incorrect. We usually use "here is" when giving something to a person:

Here's some money for groceries.