Lessons It's supposed to clear up by Friday.

“It's supposed to clear up by Friday.” 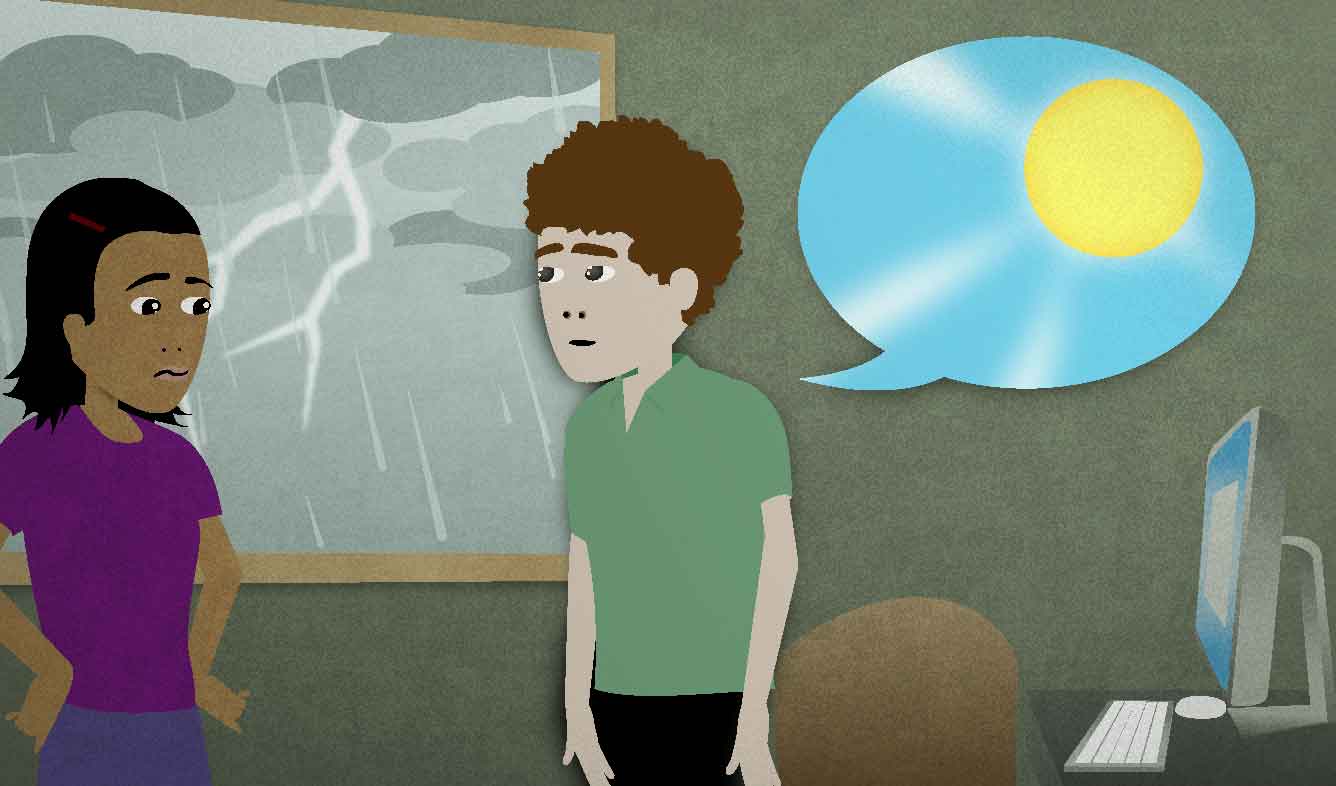 It's been raining for a few days. You're making small talk with a coworker. She says that she hopes it doesn't rain on the weekend because she has plans to go out with a relative who is visiting. You heard from the weather report that the rain will end on Thursday or Friday, so you say this.

(something) is supposed to be (adjective)

"Supposed to" can be used to express facts or predictions that other people have made and you have heard. A weather forecast is a good example. The newscaster has predicted what the weather will be like. You have heard this prediction, so you repeat it to another person as "it's supposed to ___":

Another example is renting a movie that's gotten good reviews:

This one's supposed to be good.

"Supposed to" also has other meanings in other situations, like when you're telling someone what they should be doing:

You're supposed to call if you're going to be late.

Use "it" to talk about the weather (or the temperature of a room):

It's a sunny, clear day.

This phrase means to become completely clear. You can use "clear up" to talk about weather:

If it doesn't clear up soon, we're going to have to cancel the game.

In this case, "clear up" means for the clouds to go away, and for any rain or snow to stop.

"Clear up" can also be used to discuss an illness:

I hope your cold clears up soon.

“How'd you manage to pull that off?”

“I have a desk job at an insurance company.”