Lessons I've been glued to the TV all week. 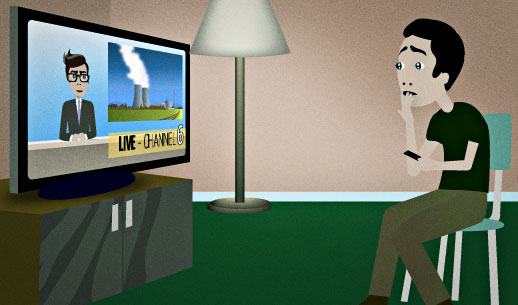 There's been a huge news story going on this week. You've been really interested in that story, so you haven't been able to stop watching the news. Now you're talking to a friend about this news story, you use this phrase to explain how much you've been watching it.

I've been glued to the TV all week.

I've been (in a situation)(for a length of time)

Use "I've been ___" to describe a situation that's been continuing for some length of time, and is still happening:

I've been married for 15 years.

I've been waiting for you to get ready.

I know that I haven't been a very good friend to you over the past few years, but I hope that you can forgive me.

In the example at top, the speaker hasn't been watching the TV constantly for the past week, of course. But he's continued to watch it again and again. And since the speaker said "I've been glued..." instead of "I was glued...", that means that he's probably going to continue to watch it.

(someone) is glued to the T.V.

This expression describes someone who's extremely interested in something on TV and can't stop watching it. This often happens with dramatic news stories:

After the 9/11 attacks, I remember my parents being glued to the TV for several days.

This phrase can also describe people who just watch a lot of TV:

The expression "glued to the TV" comes from the funny idea of someone being stuck to a TV set with glue. For some people who can't stop watching a TV show, it might seem like that's what happened to them.

“Try to narrow down your choices through process of elimination.”

“The situation in Fukushima is deepening the public's concern over the safety ...”