Lessons The situation in Fukushima is deepeni...

“The situation in Fukushima is deepening the public's concern over the safety of nuclear power.” 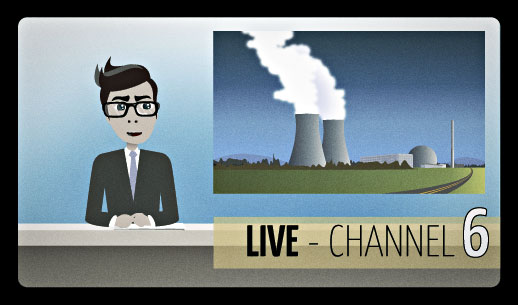 A nuclear power plant has had an accident. It is getting too hot and is in danger of a meltdown. The news has already been reported for the last day. Now you're watching a news program, and they're talking about how people are reacting to this scary news. The news announcer says this.

The situation in Fukushima is deepening the public's concern over the safety of nuclear power.

When there's a well-known problem, you can talk about it like this:

the situation in Afghanistan

the situation with Mary

Here's another example of this in a sentence:

The situation in Japan is really scary.

deepen (someone's) concern over (a situation)

"Concern" is a noun that means "worry". You use the word "concern" to talk about people's worried feelings and emotions. For example, if you get injured and someone calls to ask if you're OK, you should say:

I appreciate your concern.

Here's another example, where the speaker is talking about a business project that she's worried about:

My concern is that there may be additional costs that we haven't prepared for.

To "deepen" someone's concern means to make them more worried.

And finally, you can explain the reason that someone is worried with "over ___"

People's concern over the economy is deepening.

There's some concern over whether we'll be able to make the deadline.

The phrase "deepen (someone's) concern over (something)" is pretty formal.

"The public" means the general people of a country. These are people who don't have special positions or special information:

The ultimate goal is to have it available to the public by the end of the year.

When you're talking about news and government, "the public" can mean sort of the opposite of "the government":

People have accused the government of holding back important information from the public.

This is how "the public" is used in the example at top. It means the general people of the country, who aren't in the government and aren't able to make decisions about nuclear power directly.

the safety of (something)

"Safety" is a noun that means "being safe".

The phrase "the safety of nuclear power" means "how safe nuclear power is". This sentence has the same meaning as the example sentence at top:

The situation in Fukushima is deepening the public's concern over how safe nuclear power is.