“I've gotten a lot of positive feedback on it.” 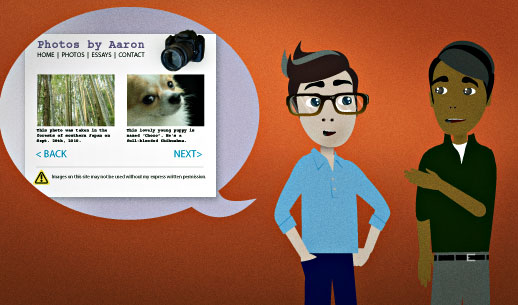 You recently started a blog for your photography. Some readers have commented on it, and told you that they really like your pictures. Now a friend is asking you how the blog is going, this is your reply.

I've gotten a lot of positive feedback on it.

get feedback on (something)

"Feedback" is information that you get from people about something that you did. In the example above, the people who read the speaker's blog told him what they thought of his photos. Some other examples of "feedback" include:

People use feedback to help them improve a product, performance, etc. which they made.

When feedback is "positive", it means that people are saying that they like something. "Negative" feedback is when people complain about something or say that they don't like it.

I showed the film to a few friends of mine who are directors, and got some good feedback from them. Most of them thought that it was too long, and one of them said that I needed to improve the audio quality.

“There's a bug buzzing around my head!”

“No offense, but I just don't see what the point of those is.”