Lessons I've had this song stuck in my head f... 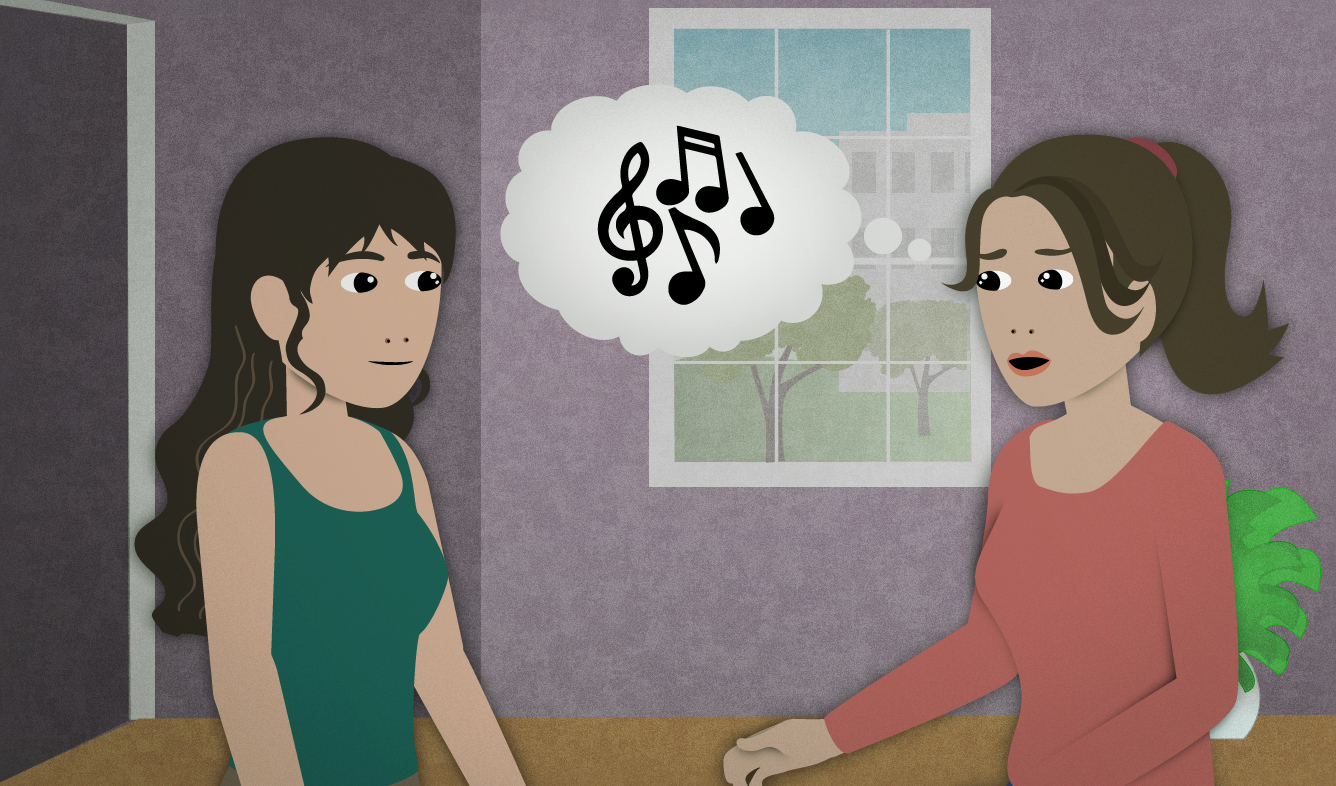 You heard a song two days ago, and since then you've been thinking about that song over and over again. You make this complaint to your friend.

have (a song) stuck in (someone's) head

When you "have a song stuck in your head", it means that you keep thinking about the song and can't stop playing it over and over in your mind.

The word "stuck" means "not able to get out". Some other ways that "stuck" is used include:

“Whatever happened to what's-his-name?”