“I've never seen such a disgusting bathroom in my life!” 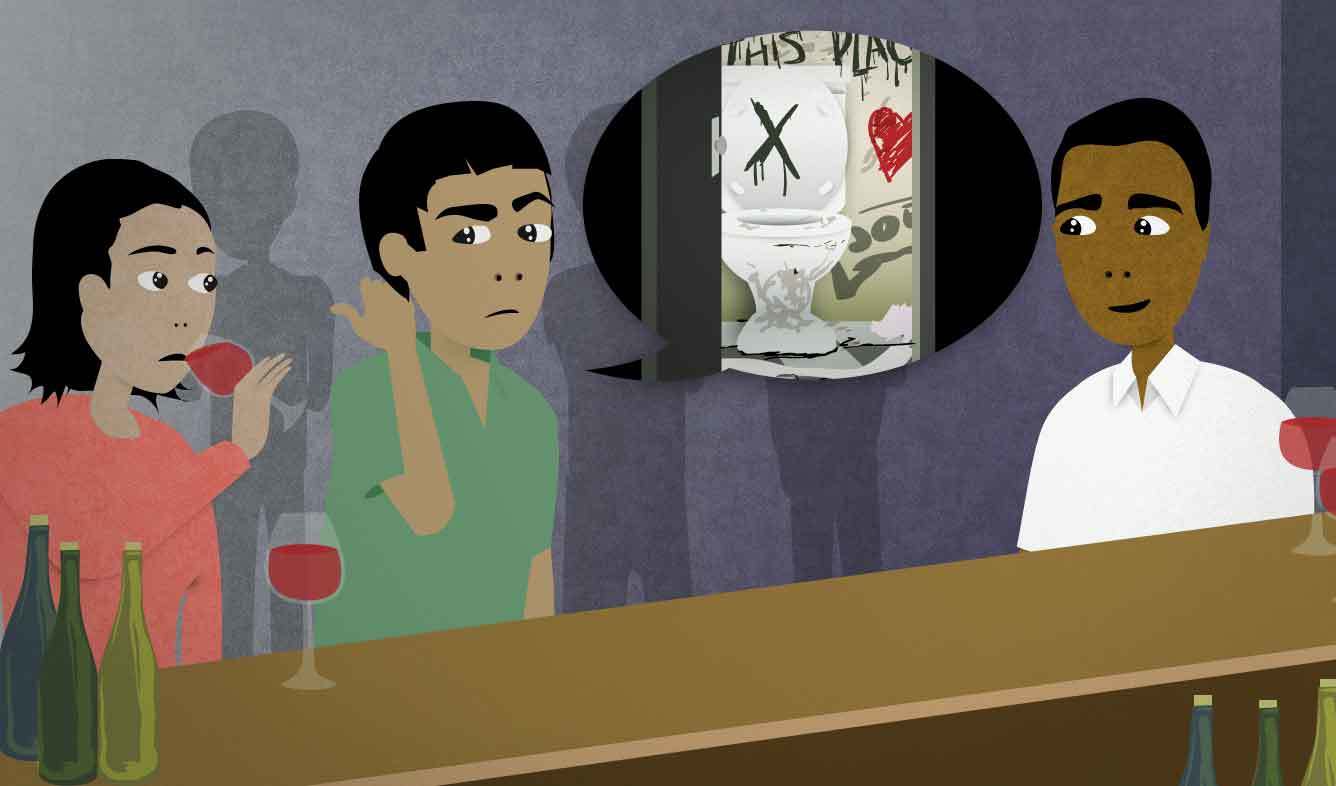 You are at a bar and use the bathroom there. The bathroom is extremely dirty and smells bad. When you come out of the bathroom, you make this complaint to your friends.

I've never seen such a disgusting bathroom in my life!

(do) such a (adjective) (something)

This phrase compares the level of something to a standard that was previously mentioned or understood.

In the example above, the speaker just came out of the bathroom. So when he says, "such a disgusting bathroom," it's clear that he's comparing all the other bathrooms he's been in to the one that he just saw.

If he said this two hours after coming out of the bathroom, and no one had mentioned it in the conversation, this sentence wouldn't make sense.

Here's another example. You're talking about the car that you bought, which was too expensive:

I'm not sure why we bought such an expensive car.

This phrase can be used in casual or formal, written or spoken English.

This adjective describes something that is dirty, smells bad, or makes you sick. It's a strongly negative word.

I'm never going there again. That place is disgusting!

You can also say that an idea is "disgusting" if you think that something is morally wrong:

What he did was disgusting, and he deserves to be locked up for the rest of his life!

I've never (done something) in my life!

This means that you have absolutely never done this action or had this experience. You might say this truthfully, or it might be an exaggeration.

It was exhausting! I've never been so tired in my life!

Sometimes you can add the word "entire" for emphasis:

I've never seen so much food in my entire life!

“Smoking is definitely a deal-breaker.”