“Looks like they finally got around to fixing that light.” 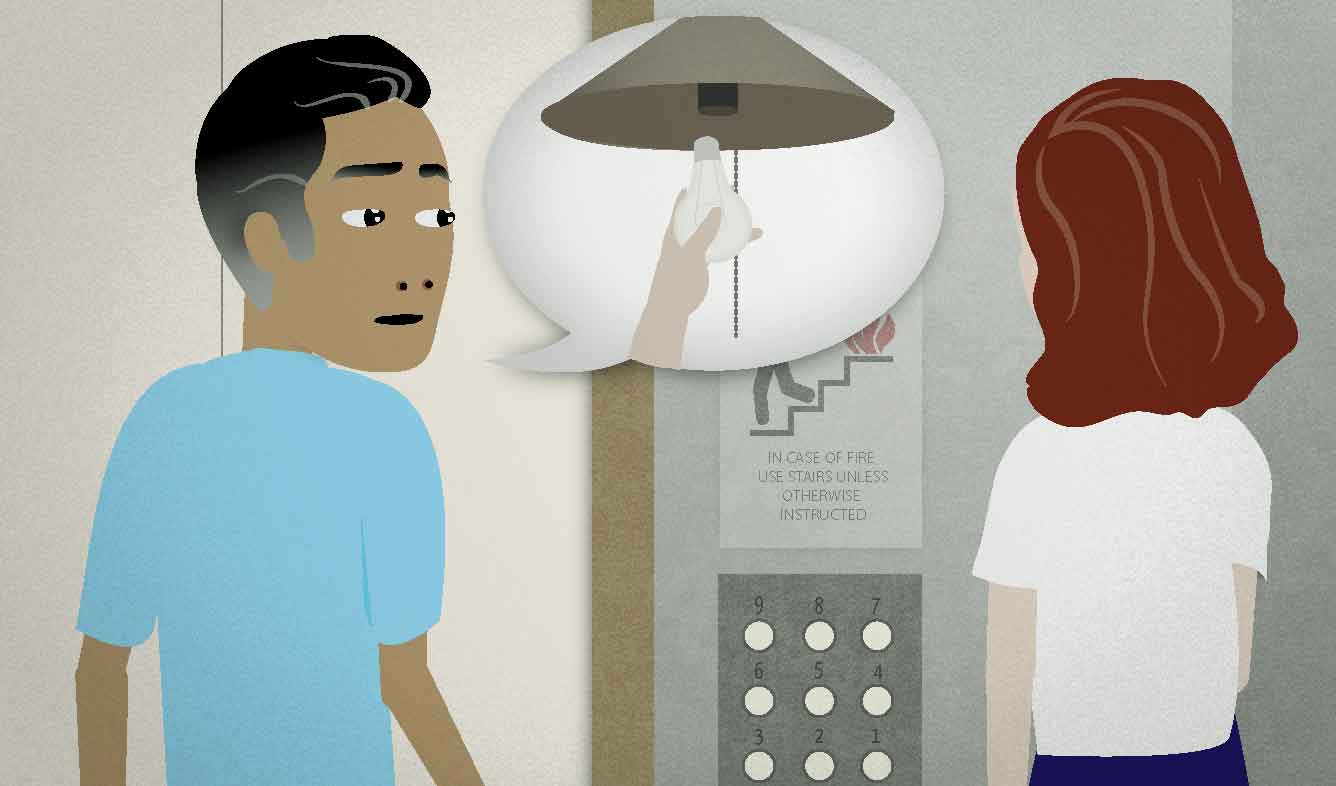 The light on the first floor of your apartment has been broken for two weeks. You're annoyed that it was broken for so long. Now it's been fixed, so when you see a neighbor in the elevator you say this.

Looks like they finally got around to fixing that light.

When you've noticed something and want to point it out to people, you say "it looks like ___". For example, if you're waiting for some people to meet you but they're 15 minutes late, you can say:

If you look outside on a rainy day and it's not raining anymore, you can say:

In casual speech, you can leave the word "it" out at the beginning of the sentence.

(someone) finally (did something)

"Finally" is an adverb that tells when someone did something. It means that they did it after a long wait. When you say that someone "finally" did something, it shows that you're annoyed because it took too long:

I finally finished my project. I'm so glad to be done with that!

get around to (doing something)

To "get around to" doing something means to finally do it after a long time. You can use this phrase when someone is busy:

Just check this over and send me your response whenever you can get around to it. Thanks!

Or you can use "get around to ___ing" when you don't think someone is busy, but just that they're being lazy. This is the way that it was used in the example at top. For another example, a mother might say to her son who's in college and living in the dorms:

Oh, so you finally got around to calling me, huh?

The meaning of this message is "I'm upset that you didn't call me sooner."

“You can't just go around using people's stuff without their permission!”

“Meliana, I'm afraid I have some bad news.”