“You can't just go around using people's stuff without their permission!” 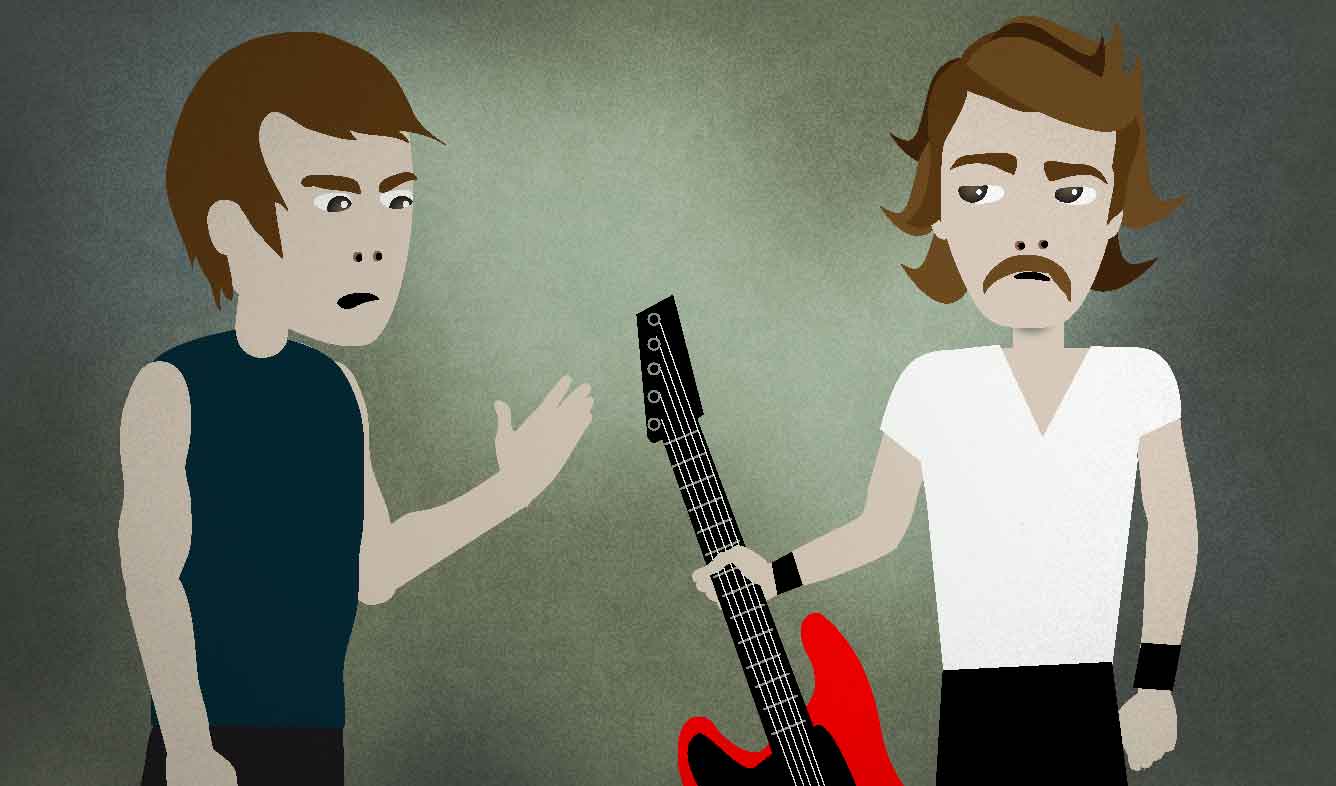 You're in a band. You've been looking for your guitar, and are surprised to discover that your bandmate is playing it. You say this because you're angry that he took the guitar without asking you first.

You can't just go around using people's stuff without their permission!

You can't just (do something)

Use this phrase when you're giving someone advice:

You can't just give up!

You can't just show up to class the day before the test and expect to get caught up with everything.

You can't just pack up your bags and move to a whole new city, where you don't even know anyone.

Or you can scold or criticize them:

You can't just call in sick whenever you feel like it.

You can't just walk in without an appointment.

go around (doing something)

The phrase "go around ___ing" describes someone doing something bad again and again, with different people.

For example, if someone has been spreading false rumors about you, you can say:

She's been going around telling everyone that I slept with Kyle. That's a lie!

If your husband or wife has been spending a lot of money on useless things, you can say:

You think you can just go around spending money left and right? We've got bills to pay, damn it!

It is possible to use "go around ___ing" to talk about someone doing a good thing many times, but it's rare. Even if you're talking about the person doing something good, it might seem like you're complaining:

He's always going around telling everyone what a great job they're doing.

In the example, the speaker says "people's stuff" instead of "my stuff". This makes it sound like a general rule. General rules are often expressed in terms of "people":

If you want people to like you, you have to be nice to them.

use (something) without (someone's) permission

When you ask someone if you can do something (like "Can I use your guitar?"), and they say "yes", you have their "permission".

Using something "without permission" means that you didn't ask the correct people before using it.

Don't touch other people's stuff without their permission!

“What's up with this erratic weather we've been having, huh?”

“Looks like they finally got around to fixing that light.”