“Mintel, the world’s largest computer chip manufacturer, reported a sharp decline in its quarterly profits on Tuesday as computer sales continue to fall.” 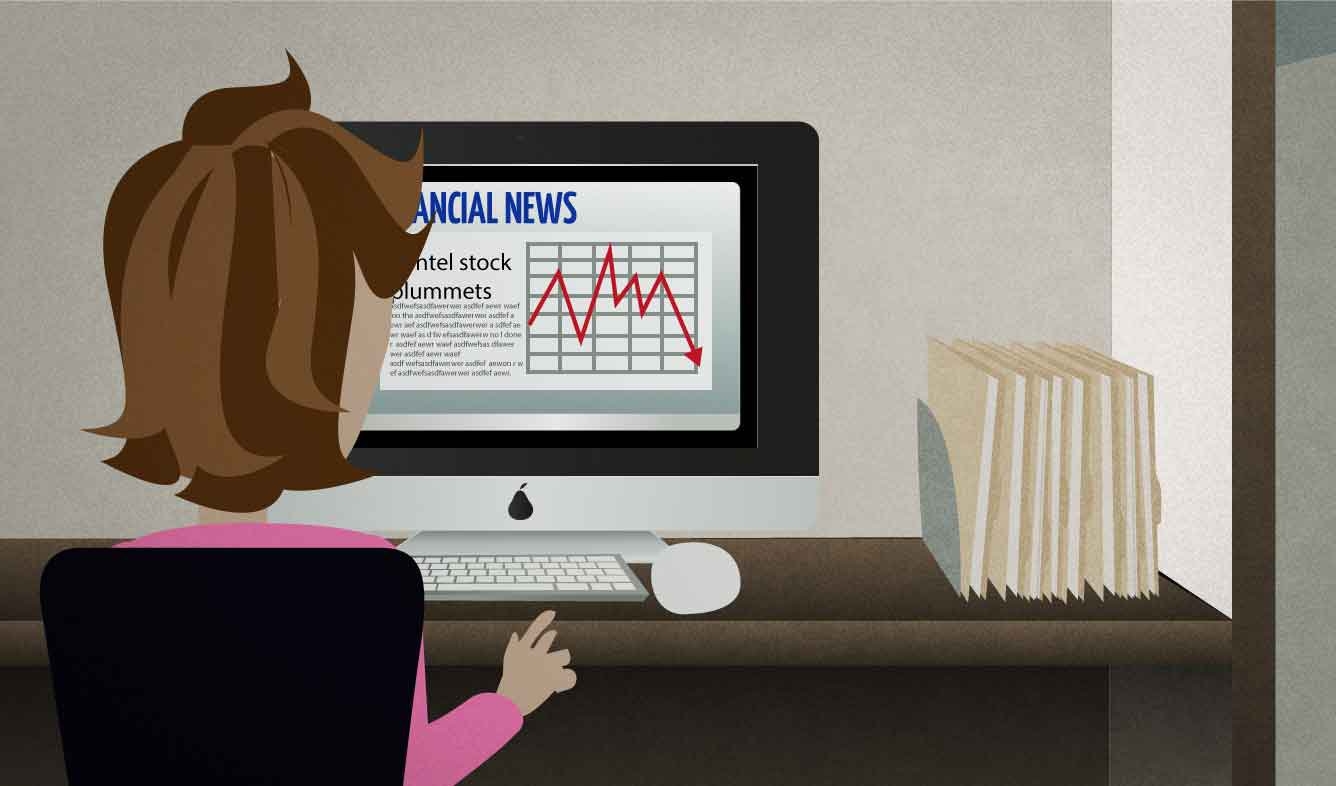 You're reading the business section of a news website. The main story is about a computer company which isn't doing well.

Mintel, the world’s largest computer chip manufacturer, reported a sharp decline in its quarterly profits on Tuesday as computer sales continue to fall.

the world's (superlative adjective) (something)

We make the world's best burgers!

Inside a computer, phone, or other electronic device, you'll find "computer chips". These are the pieces that make a computer work. They're usually flat and have lots of connections printed onto them.

A company that makes things in a factory is a "manufacturer". Some common types of manufacturers include:

You use the phrase "a sharp decline" when reporting numbers like sales numbers, statistics, etc. It means that the numbers decreased suddenly.

For example, if a company has been making ten million dollars a month, then suddenly makes only seven hundred thousand dollars one month, that is a "sharp decline" in the company's earnings.

There's been a sharp decline in the rate of violent crime since she took office as mayor.

We've seen a sharp decline in DVD sales this year.

A "quarter" is one fourth of the year. Companies often measure their performance by quarters.

Our quarterly profits are up 10% over last year.

(something) continues to fall

To talk about a number that keeps going down, you can say that it's "falling":

Housing prices in the city are actually falling.

The phrase "___ continues to fall" is used by news reporters. It sounds a little too formal to use in most other situations.

“No one has come forward yet to claim responsibility for the attacks and polic...”