Lessons My father was always too absorbed in ...

“My father was always too absorbed in his work to pay much attention to me.” 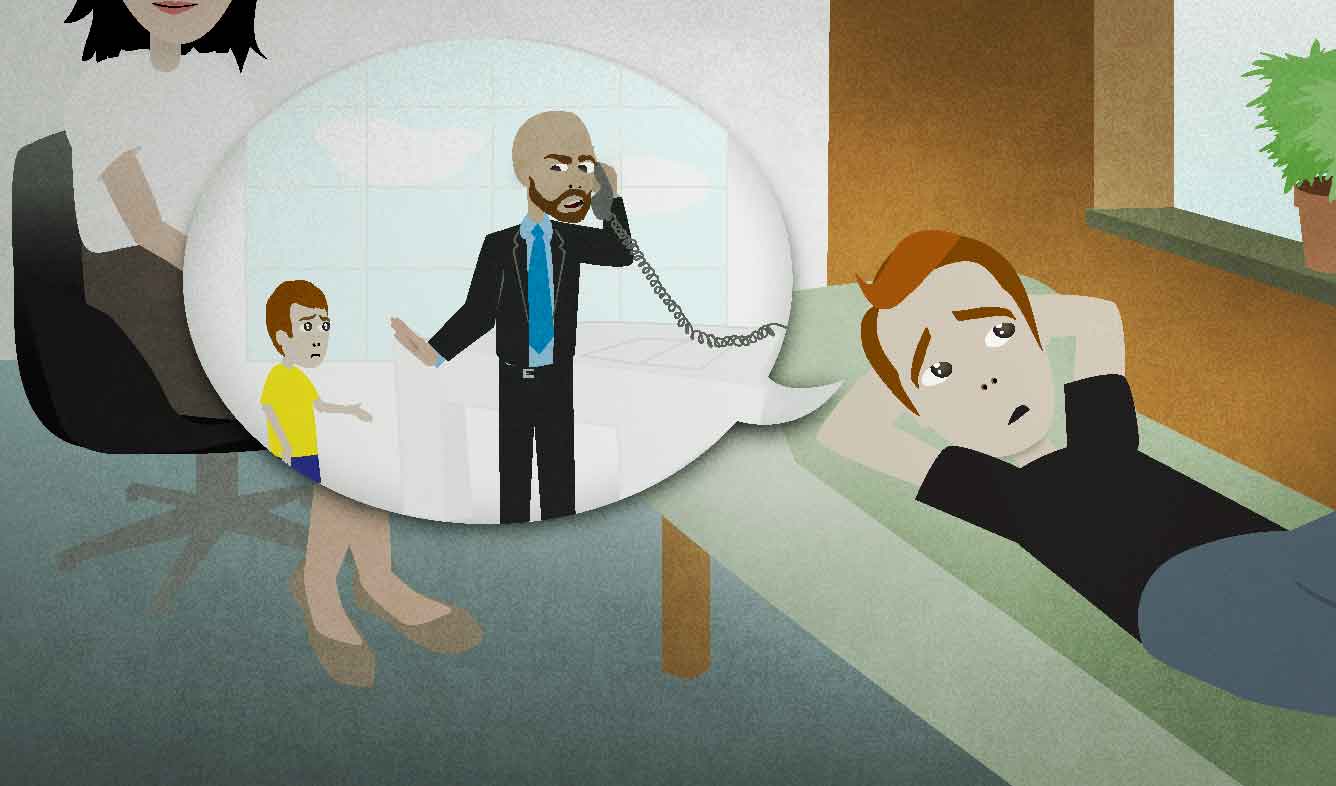 You don't get along well with your father. When you were a child, he was a busy executive. You're talking to a therapist about the problems that you have with him. You confess this to the therapist.

My father was always too absorbed in his work to pay much attention to me.

When you're talking about your father, you can call him "my father". "My father" sounds a bit formal.

When you're speaking to your father, you should use a term of address such as these:

A similar explanation of the words for talking about your mother can be read in this lesson:

(someone is) absorbed in (something)

Being "absorbed in" something means that you're paying close attention to it, and not paying much attention to anything else.

Here are some things that you can be "absorbed in":

absorbed in a book

absorbed in your work

Being "absorbed in" something doesn't really have a strongly positive or negative meaning. It's neutral.

pay (much) attention to (someone)

"Paying attention to" a person means that you talk with them, listen to them, spend time together, etc.

People are supposed to pay attention to their children and families, so it's usually in this situation that people talk about "paying attention to" people.

There's also another meaning of "paying attention to" someone. This other sense means to look and listen carefully to someone at one certain time. For example, parents might tell their kids:

Pay attention to the teacher!

But the meaning of this is a little different from:

I'm worried that we haven't been paying enough attention to Zack ever since Adele was born.

“For some reason FBS wouldn't let me log in.”