Lessons For some reason FBS wouldn't let me l...

“For some reason FBS wouldn't let me log in.” 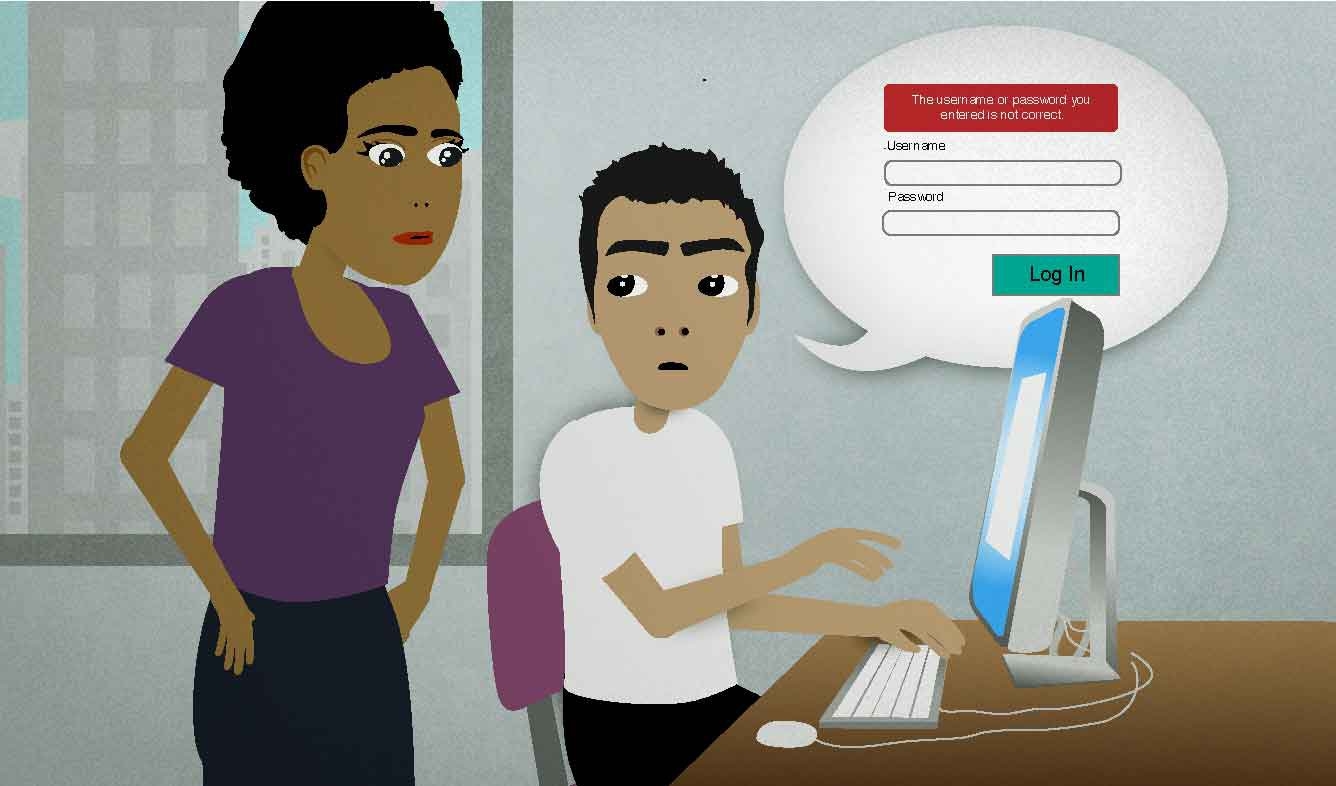 You're learning how to use a computer program at work. You tried to open the program, but it wouldn't accept your account name and password. You ask a coworker for help.

For some reason FBS wouldn't let me log in.

Use this phrase to explain that you don't know why something is happening:

She seems angry at me for some reason.

For some reason I keep forgetting to bring my computer home with me.

As you can see, "for some reason" can come at the beginning of a sentence or at the end.

"FBS" is just an imaginary name of a computer system.

Companies often use acronyms to name their internal computer systems. Acronyms are made-up words which are created from the first letter of each word in a phrase. So the real name of "FBS" might be something like "Financial and Business System", but everyone who uses it will just call it by its acronym.

(a computer program) won't let me (do something)

We often talk about comptuers as if they were people. This is an example:

It won't let me save.

When you're unable to do something using a computer, you can say that the computer "won't let you" do it. Another example:

It's so annoying: it won't let me open two windows, so I have to keep closing one window and opening another.

"Logging in" is also known as "signing in".

using a computer at work
Print this Lesson

“Just because you can doesn't mean you should.”

“My father was always too absorbed in his work to pay much attention to me.”