Lessons My phone bill was even higher than us...

“My phone bill was even higher than usual this month.” 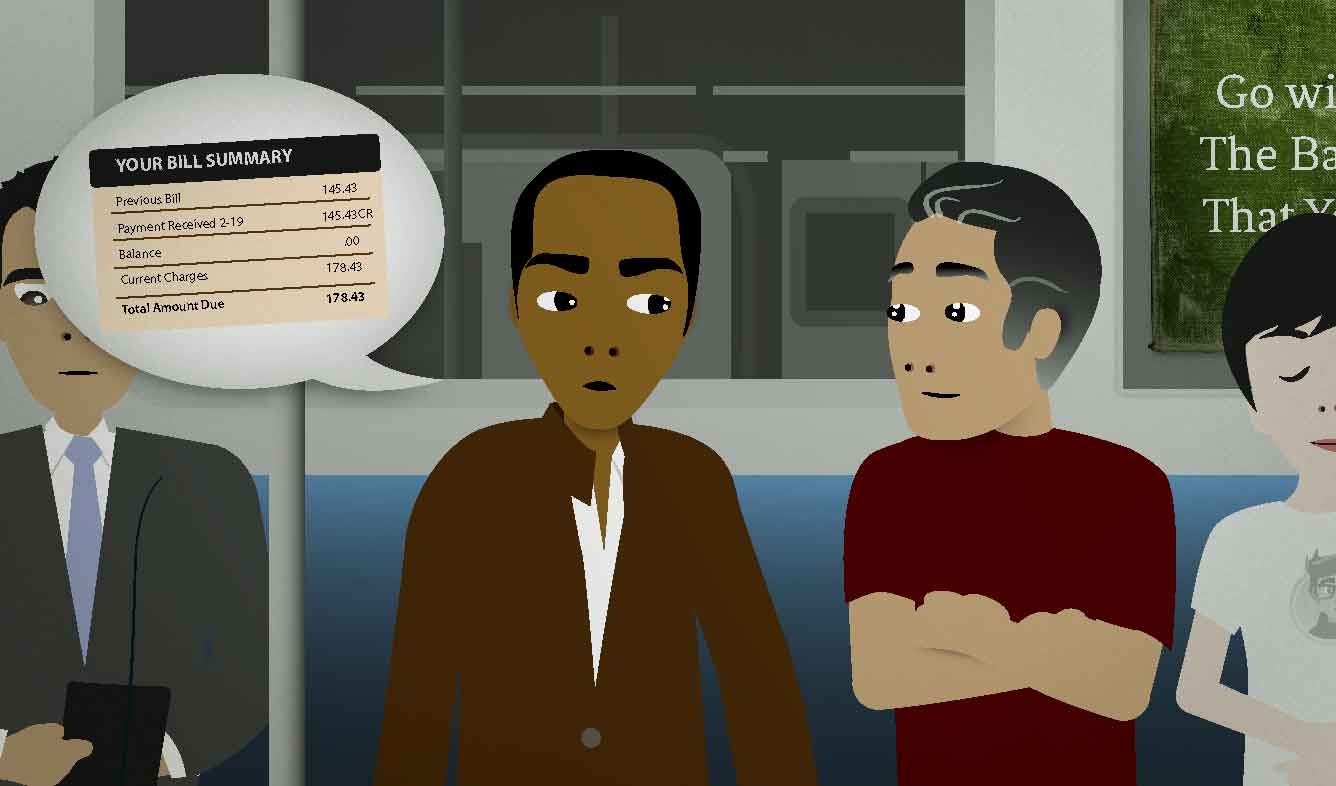 You're talking to your friend about how much you use text messaging on your phone. Your phone bill is always high, but your last bill was higher than normal. You tell your friend this about your bill.

My phone bill was even higher than usual this month.

The word "bill" can refer to two things: 1) The piece of paper or the e-mail that a service sends you to tell you how much you need to pay them. 2) The amount of money that you have to pay.

So you can talk about the physical bill itself:

I put the phone bill over there on the counter, but now I can't find it.

Or you can talk about the amount of the bill. To describe the amount, use "high" and "low":

Our gas bills are pretty low.

As you can see from the last example, you can identify bills for different services. Some common ones are:

You can also say the name of the company that's charging you:

This month's Time Warner bill was higher than last month's.

even (more / less) than usual

"___er than usual" is used when something that happens often is above or below the normal level:

The Shake Shack was quieter than usual last night.

When something is already at an extreme level compared to other similar things, and then it becomes more extreme than usual, you use "even ___er than usual".

In the example above, the speaker's phone bill is already high compared to other people's phone bills, or compared to what the speaker thinks she should pay. But then last month's bill was even higher than her already-high normal bills.

"Even ___er" can be used for both high and low extremes:

Bali is even warmer than usual at this time of year.

My computer is even slower than usual today.