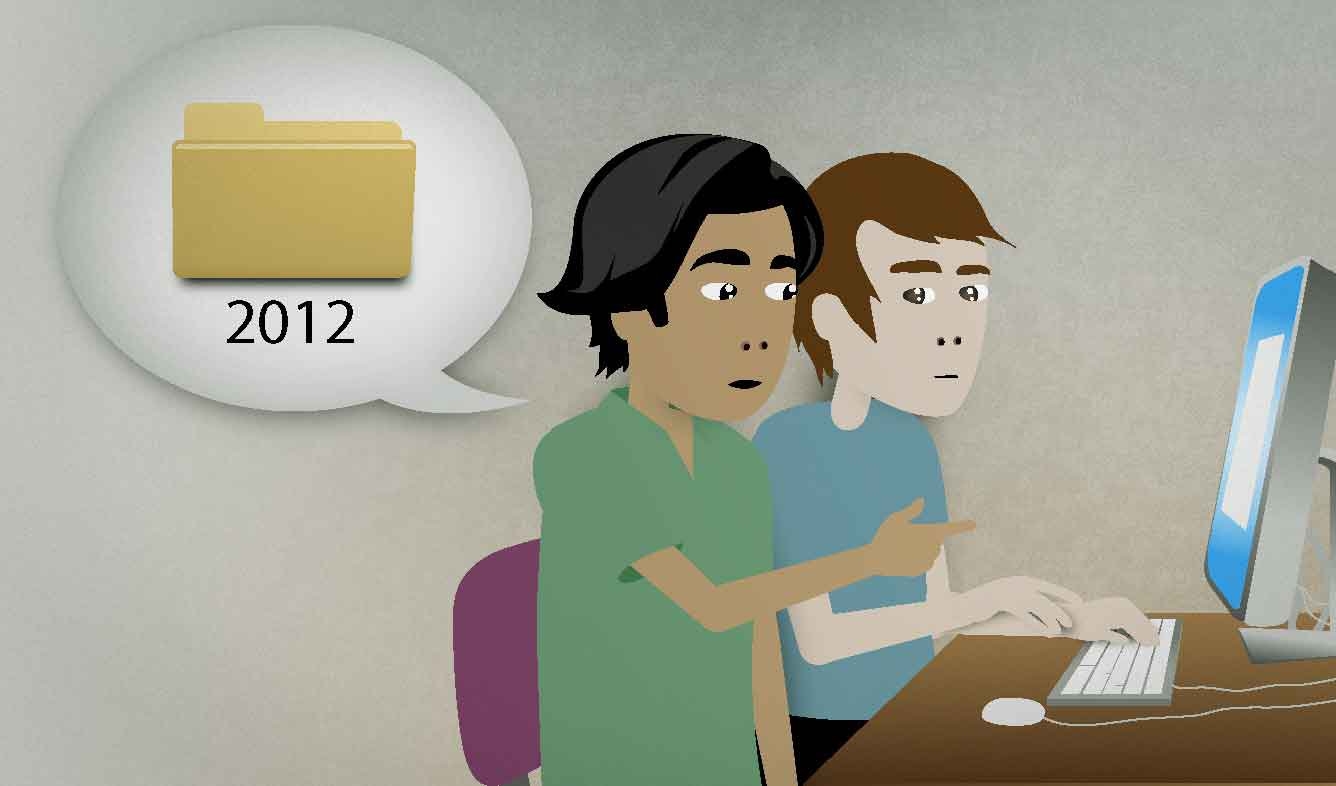 You're training a new employee at work. You're explaining where a file is located on the computer.

(something) is under (a heading)

When information is organized in folders, files, menus, categories, etc., you can explain where a particular thing is by saying that it's "under" some heading.

You can also say that something is "filed under ___":

A: Where did we put last year's tax return?

B: I think it's filed under "Finances".

accent using a computer at work 日本語
Print this Lesson

“My phone bill was even higher than usual this month.”