Lessons No thanks. I'll just try him again la...

“No thanks. I'll just try him again later.” 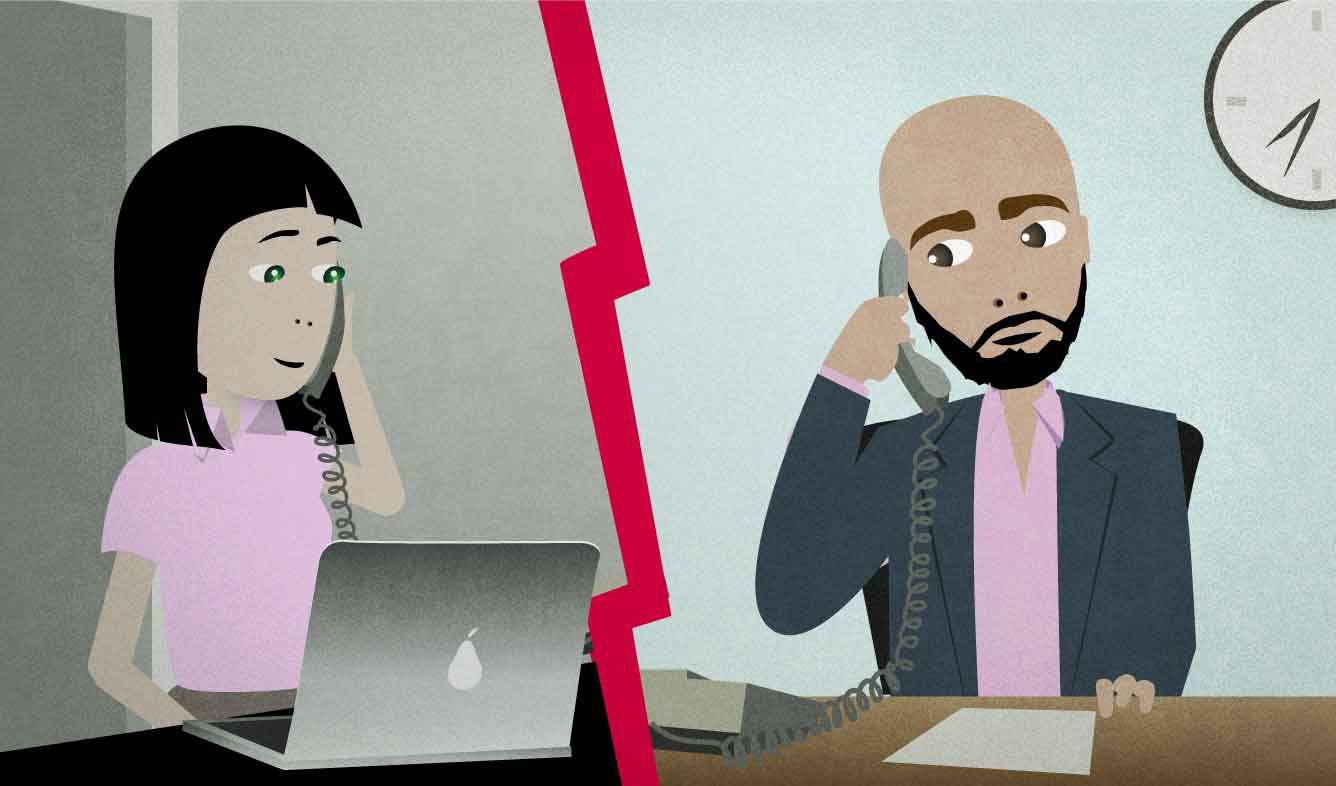 You call a client's office. The client isn't there, so his assistant answers and offers to take a message. You say this because you don't want to leave a message.

No thanks. I'll just try him again later.

This is an expression to use when someone offers you something, but you don't want it. Depending on how you say it, "No thanks" can sound angry, cheerful, or anything in between.

If you'd like to be more formal, you can say "No thank you."

You can talk about calling someone on the telephone with the phrase "try ___". Here are some examples:

I tried her three or four times, but there was no answer.

This is a casual expression. When you're writing or speaking formally about calling a person, use the phrase "try calling" instead:

I tried calling her three or four times, but there was no answer.

“I didn't catch that. Did you hear what he said?”

“This one's quite a bit cheaper... but it has a six-hour layover in Atlanta.”