Lessons This one's quite a bit cheaper... but...

“This one's quite a bit cheaper... but it has a six-hour layover in Atlanta.” 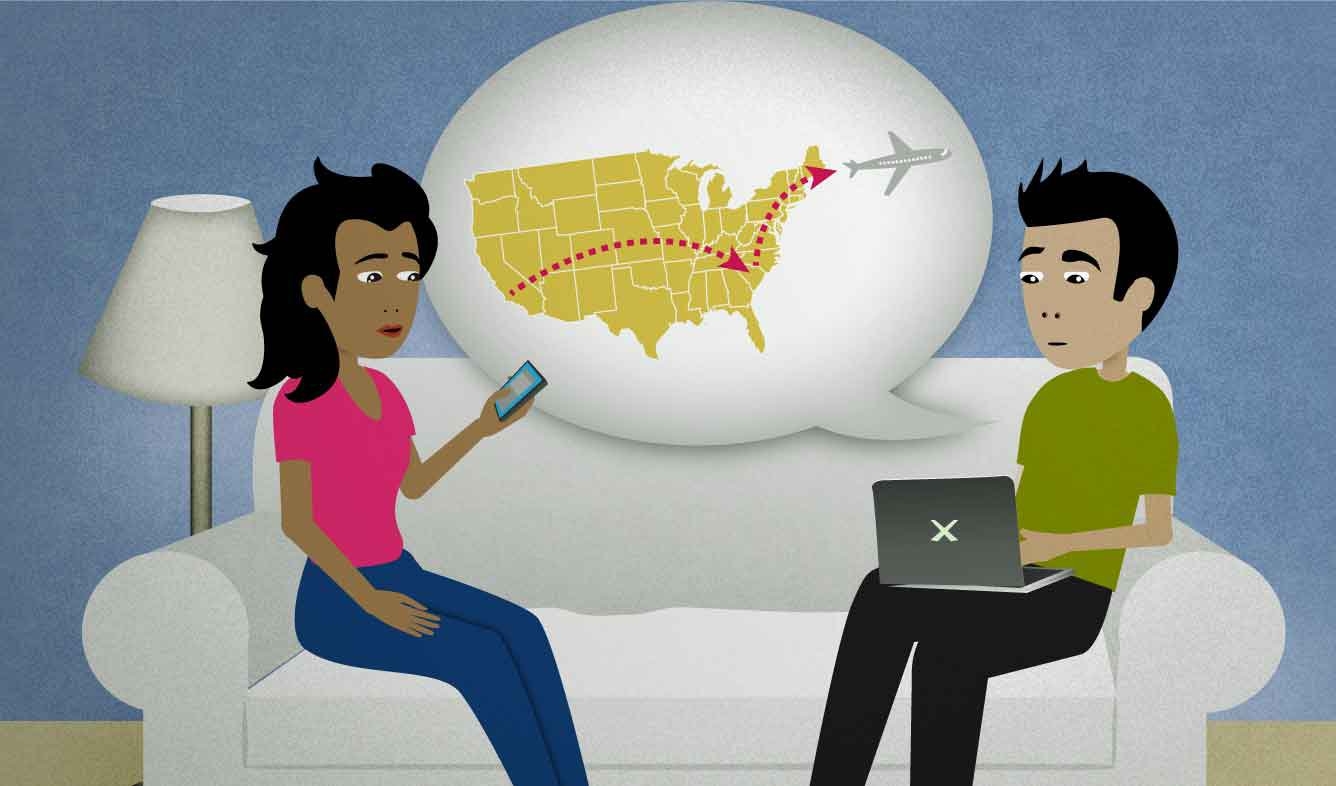 You're flying overseas for a family event. You're looking for cheap plane tickets now with your wife. You found a flight that costs less but takes a long time. You point it out to her.

This one's quite a bit cheaper... but it has a six-hour layover in Atlanta.

(something) is quite a bit ( more/less)

When you're comparing two things, you use a coparative adjective like this:

She's taller than he is.

I'm more scared now than I was the first time.

If you want to describe the amount of difference between two things, you can use the phrase "quite a bit":

She's quite a bit taller than he is.

I'm quite a bit more scared now than I was the first time.

"Quite a bit" is something in between "a little" and "a lot".

( a flight) has a layover

People describe the location and length of layovers like this:

We had a 4-hour layover in London.

but comparing things flight this
Print this Lesson

“No thanks. I'll just try him again later.”

“It's not all glamour and prestige; we put in a lot of long, thankless hours.”