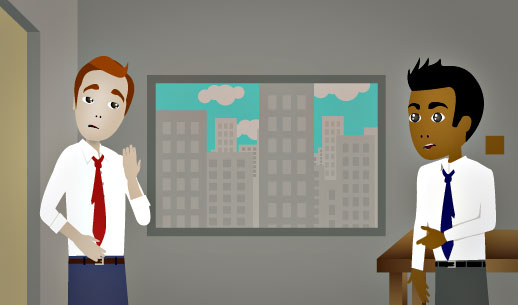 Your boss has too much work to do, so you volunteer to take some of his responsibilities. He doesn't want to give you those responsibilities. He explains that it is easier to organize everything if he does it himself. You don't think that's really true, but you can't argue much because he's the boss. You say this in defeat.

"Fair enough" is a phrase that means "I don't completely agree, but I understand and accept your point." You use "fair enough" in situations such as:

"Fair enough" doesn't sound too negative or too positive. It's a neutral, balanced expression. You can use it at work, with friends, and in most situations.

“Try not to draw attention to yourself.”