“OK, head north on Highway 15 for 2 or 3 minutes, then turn right at the first light after the overpass.” 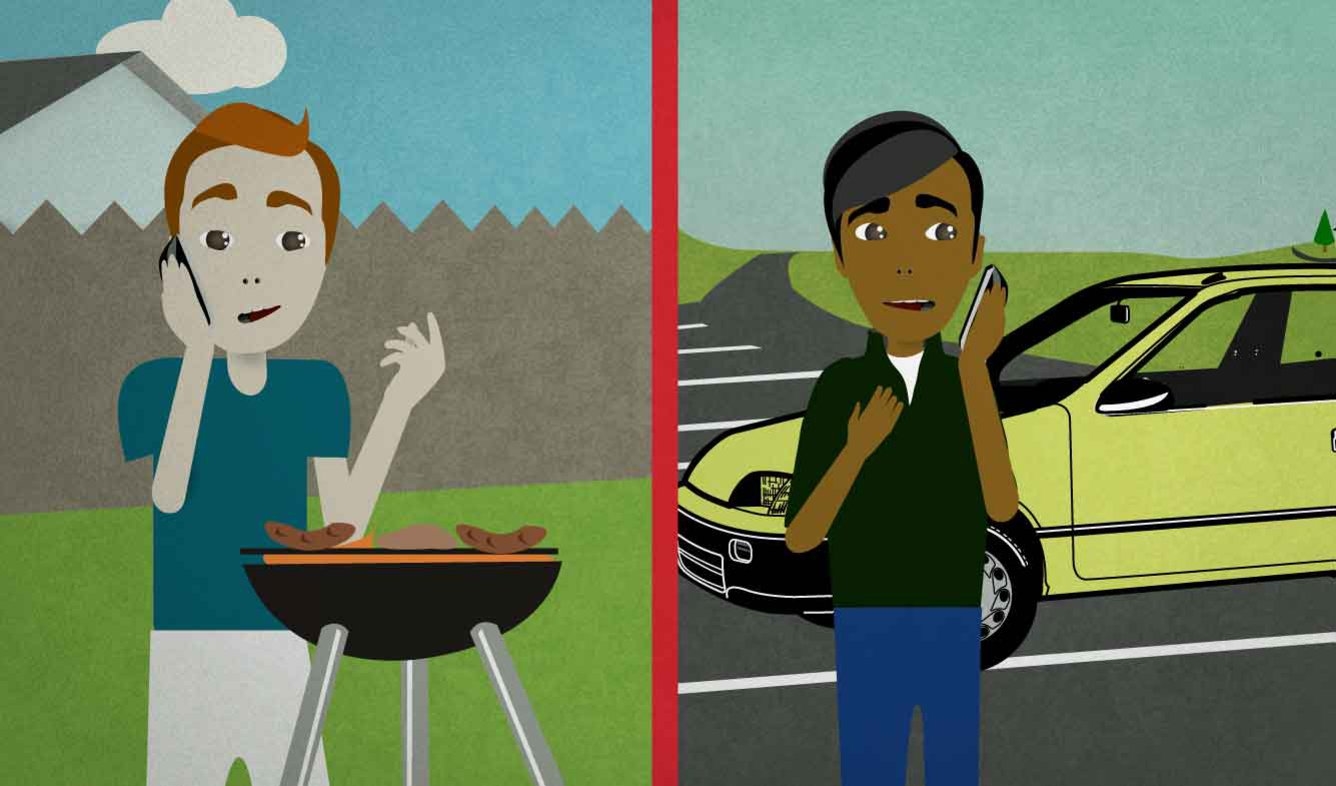 You're having a barbecue at your house. One of the people who's coming called you because he got lost. After figuring out where he is, you tell him where to go.

OK, head north on Highway 15 for 2 or 3 minutes, then turn right at the first light after the overpass.

Use "OK" at the beginning of a sentence when you're starting a new thought. It has a meaning like "Now I'm going to start..."

When you're talking about driving on a street, the phrase "the light" usually refers to a traffic signal. For example:

I think we were supposed to turn at the last light.

You can let me out right after the light.

"Heading" somewhere means starting to move in that direction. You can "head" in a certain cardinal direction:

Or you can "head" toward a place:

I think I'd better head home.

Can you head toward the Fashion District?

And you can "head" in a direction "on" a road or street.

A "highway" is a road that drivers can drive quickly on with few stop signs or traffic lights.

In the U.S., a lot of highways are given numbers. People refer to them like this:

The two directions of a highway are usually marked as "North" and "South" or "East" and "West":

turn (in a direction) (somewhere)

When you're giving directions, you may need to tell someone where to turn:

Turn right at the corner.

Turn left at the second intersection.

An "overpass" is a place where a road goes over something, like another road or some train tracks. We build overpasses so that traffic can go in different directions without stopping.

When a road goes over a river or other body of water, it's not an "overpass"; it's a "bridge".

giving a command giving someone directions
Print this Lesson

“Will I need to maintain a minimum balance?”

“You know, bats are actually good to have around 'cuz they keep the mosquitos ...”