Lessons One day I want to buy a little farm i...

“One day I want to buy a little farm in the country and grow vegetables and raise chickens.” 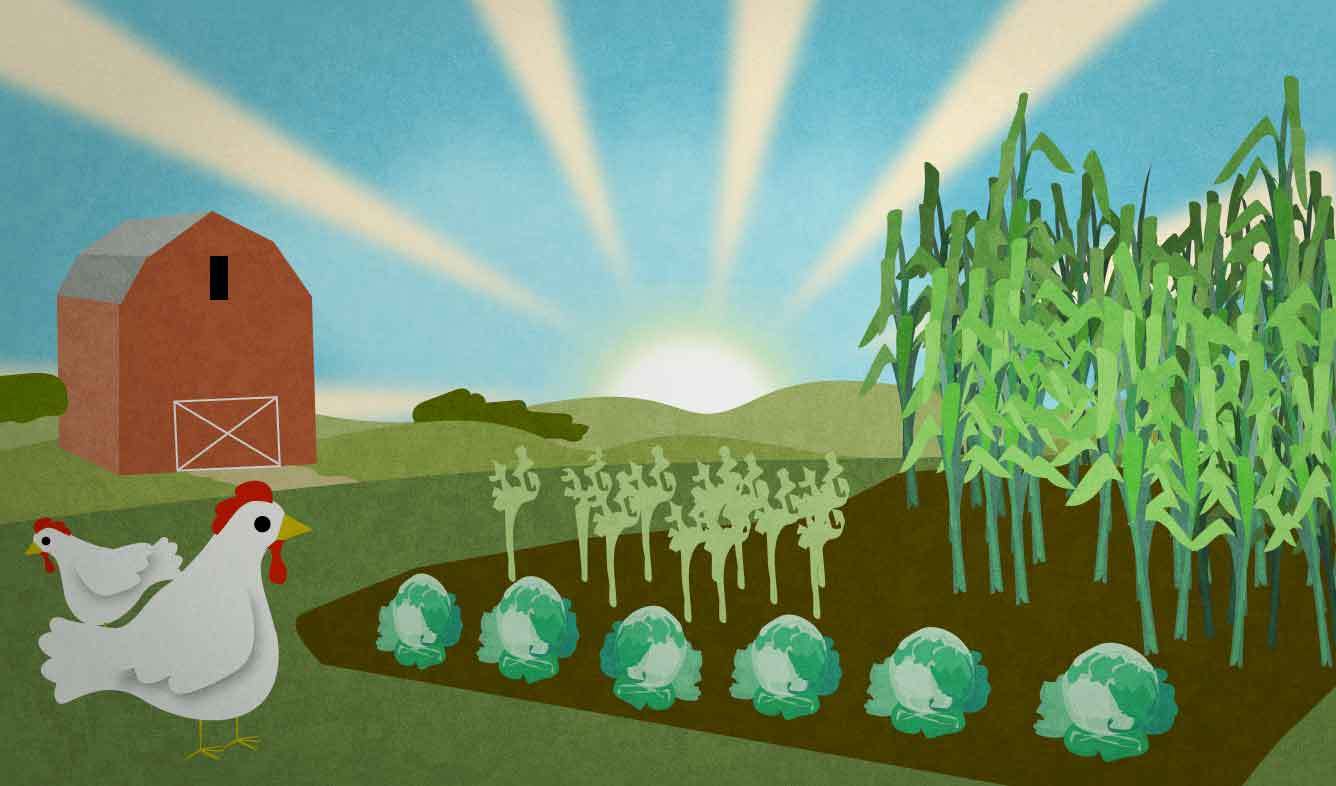 You and your boyfriend are having fun imagining what you will do when you retire. You say this about your dream plans.

One day I want to buy a little farm in the country and grow vegetables and raise chickens.

"One day" is a phrase that people use to talk about things that might happen far in the future. For example:

One day when you own a house of your own, you can make your own rules. But as long as you're living under my roof, you'll do as I say.

I really want to visit Russia one day.

"The country" is an area where there are a lot of farms, forests, and very small towns. You usually compare "the country" to "the city":

I grew up in the country, so it's hard for me to even imagine what it's like to grow up living in the city.

You can "grow" vegetables, but you can't "grow" animals. You have to "raise" them:

When I was a kid, my uncle used to raise sheep.

To "raise" something means to help it grow. Things that you can "raise" include:

Let's see... I've been to Germany and Finland and Poland... Oh, and Turkey, too!

"Growing vegetables" means planting and taking care of vegetable plants in a garden or on a farm.

We grow our own corn and okra.

I've tried growing vegetables in my garden, but I wasn't very good at taking care of them.

“It's falling on a Thursday this year.”