Lessons People will say almost anything to ge...

“People will say almost anything to get out of jury duty.” 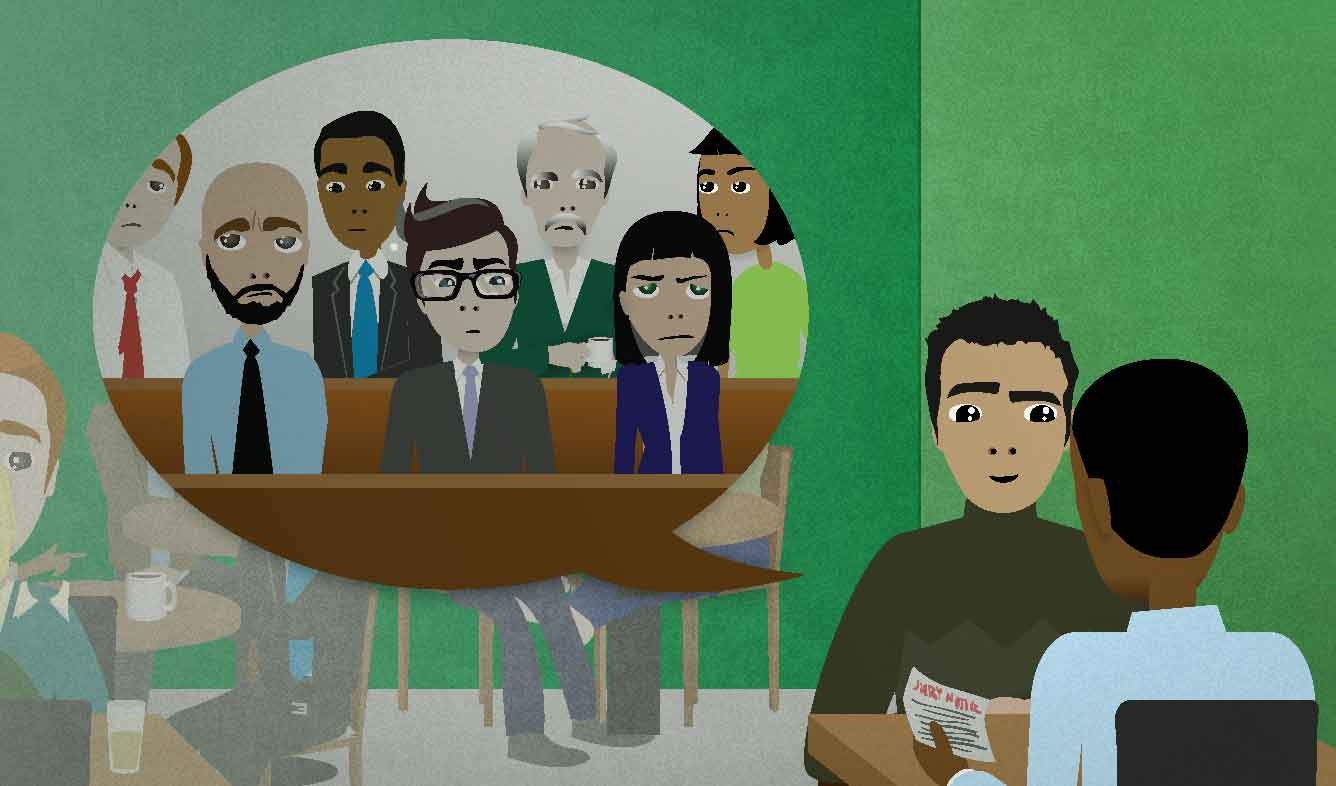 Your coworker got a notice in the mail saying that he had to go to court to serve on a jury. He doesn't want to stay for a whole trial, so you have a conversation about different ways to avoid it.

People will say almost anything to get out of jury duty.

People don't like to be told what to do.

People like it when you ask them questions about themselves.

(someone) will say anything to (do something)

When someone really wants to do something, they will try hard to convince other people to let them do or not do that thing. They might even be willing to lie or cheat. To describe this, we say that that person will "say anything" to accomplish their goal.

For example, say this about someone who really doesn't want to wash the dishes:

She'll say anything to get out of washing the dishes.

Someone who's truly addicted will say anything to get their fix.

You can also talk about people who will "do anything":

I wouldn't trust him. He's the kind of guy who will do anything to get ahead.

get out of (doing something)

"Getting out of" doing something means avoiding a responsibility that you don't want to do:

I was able to get out of taking the final exam because I had a good grade up to that point and perfect attendance.

B: I've got a wedding I'm supposed to go to that weekend. I wish I could get out of it, but everyone I work with is going.

A "jury" is a group of normal citizens who decide a court case.

If you live in a country that has a jury-based legal system, you may have to serve "jury duty". This means that you are responsible for being on a jury and deciding a legal case:

I just found out that I have jury duty in two weeks.

In countries where jury duty is required, a lot of people find it inconvenient and boring. So it's common for citizens to try to avoid jury duty by making the judge and lawyers think that they won't be able to make a fair decision.

“What's the deal with this soup?”