Lessons I do think that you sometimes come ac... 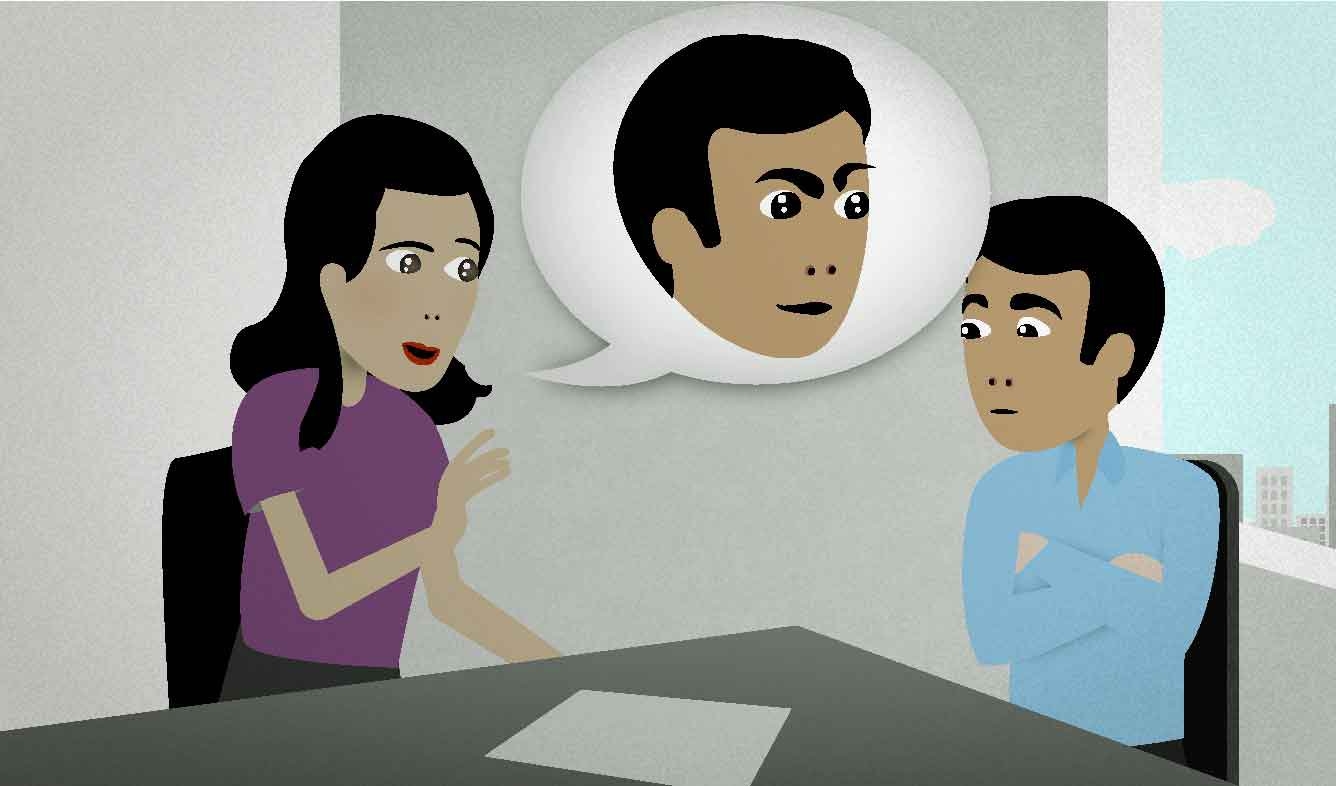 You're evaluating one of your employees. He often seems angry when speaking to you and other employees. You criticize him in a very soft, polite way.

I do think that you sometimes come across as a bit aggressive.

come across as (something)

The way that you "come across" to people is how they see you and think about you. This phrase is a way to explain what people think of you, which can be different from how you think of yourself. So although you may think of yourself as cool and sophisticated, you might come across as unfriendly instead.

You can follow "come across as" with a noun phrase that describes a person:

He came across as a really friendly and sweet guy at first.

Or you can follow it with an adjective phrase that describes someone's personality, like in the example above. Here's another example:

Do you think I come across to people as kind of boring?

I do think (sentence)

This is a way to express your opinions delicately, when you think that someone might disagree with you:

A: I'm just going to do it myself.

B: Hmm... I do think it might be a good idea to call a professional and at least get an estimate.

When you say this, the stress is on the word "do".

Someone who is "aggressive" is forceful and quick to attack. "Aggressive" behavior threatens people:

Man, he's so aggressive all the time. He needs to just chill out.

You can talk about animals as being "aggressive":

You can pet her. She's not aggressive.

Being "aggressive" is usually bad, but in certain situations, the word "aggressive" can have positive associations, like in sports or in sales:

You've got to be aggressive and go for the win.

boss feedback reviewing something at work do
Print this Lesson

“A fugitive has been apprehended after attempting to escape from a Durham coun...”

“People will say almost anything to get out of jury duty.”