Lessons She claims to be all about honesty an...

“She claims to be all about honesty and integrity? What a hypocrite!” 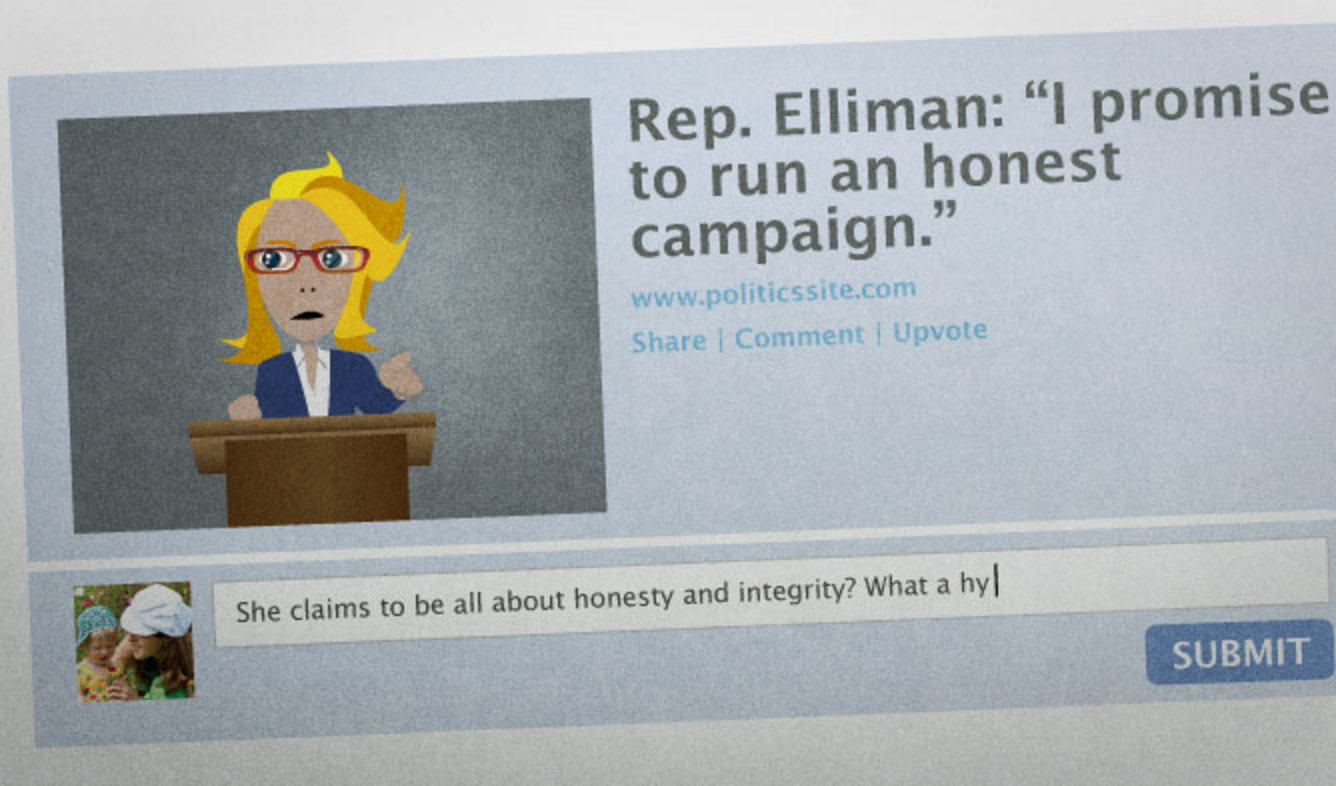 There's a politician that you don't like at all. This politician says that she is truthful in her campaign commercials, but you think she lies about a lot of things. You saw a new commercial from her, and you comment on it on a social networking site.

She claims to be all about honesty and integrity? What a hypocrite!

(someone) claims to (do/be something)

Use "claim to ___" when you want to tell what a person said, but you also want to suggest that you don't believe them, or don't know if what they said is true. For example:

I once knew a guy who claimed to be able to remember every telephone number he'd ever called.

They claimed to be police officers, so I let them in.

They claimed that they were police officers, so I let them in.

(someone) is a hypocrite

A "hypocrite" is someone who loudly pretends to be good, but secretly does bad things. Or someone who does the same bad things that they criticize others for.

For example, a preacher who teaches his congregation not to chase after money, but actually lives in an expensive house and drives a luxury car himself, is a hypocrite.

Another example is a parent who tells her teenage daughter not to smoke, but is secretly a smoker herself.

Politicians, religious leaders, parents, and teachers are often accused of being hypocrites.

(someone) is all about (something)

You can describe a philosophy that someone often talks about and emphasizes this way:

Mom and Dad were all about me going to college and studying medicine, even when I was just a little girl.

The marines are all about respect and loyalty.

These days, I'm all about cutting loose and enjoying myself.

"Honesty" means telling the truth. "Integrity" is a more general kind of honesty. It means doing the right thing and following a set of moral rules.

These words often appear together in the phrase "honesty and integrity". This phrase is common in formal speeches, like political speeches or school ceremonies.

“This doesn't do it justice at all. You can't possibly capture the essence of ...”

“If you decide somewhere down the road that you need some of the more advanced...”