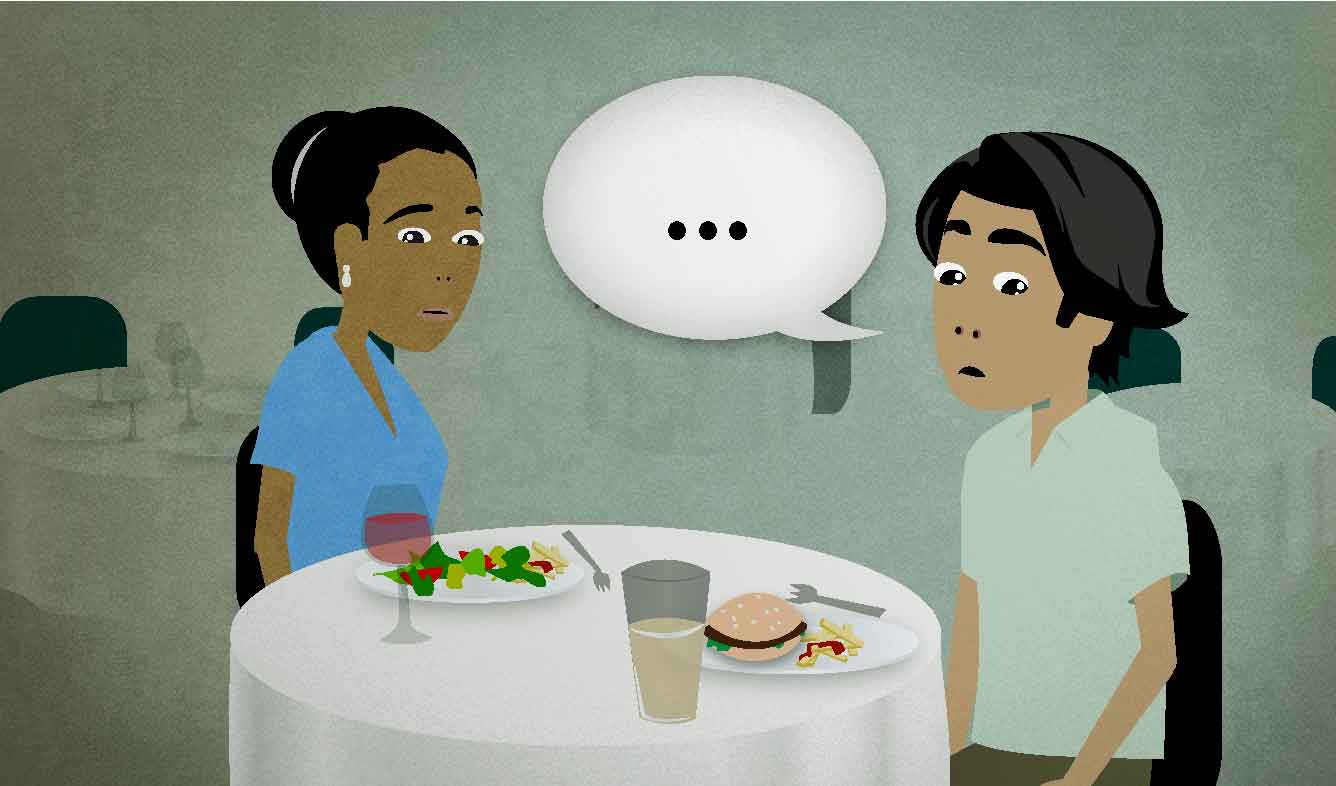 You're on a first date at a restaurant. You were telling a story about the town you grew up in. Now your story's done and you don't have anything else to talk about. Awkwardly, you say this.

Use this casual expression when you're at the end of a conversation and you don't have anything else to say. For example, if you're introducing yourself to a group of people in a meeting at a conference, you might end your introduction this way:

It means that you don't have anything else to say about yourself.

"So, yeah." makes it sound like you've tried to think of other things to say about a topic, but you can't. So when you're trying to sound confident and intelligent, it's probably better not to use "So, yeah."

"Anyway..." is a word which introduces a new topic. When you're finished with talking about one topic and would like to talk about something else, you can use it like this:

Anyway, what did you think of last night's game?

Or you can use "Anyway..." to end a conversation:

“I saw you checking out that lady in there.”

“A fugitive has been apprehended after attempting to escape from a Durham coun...”