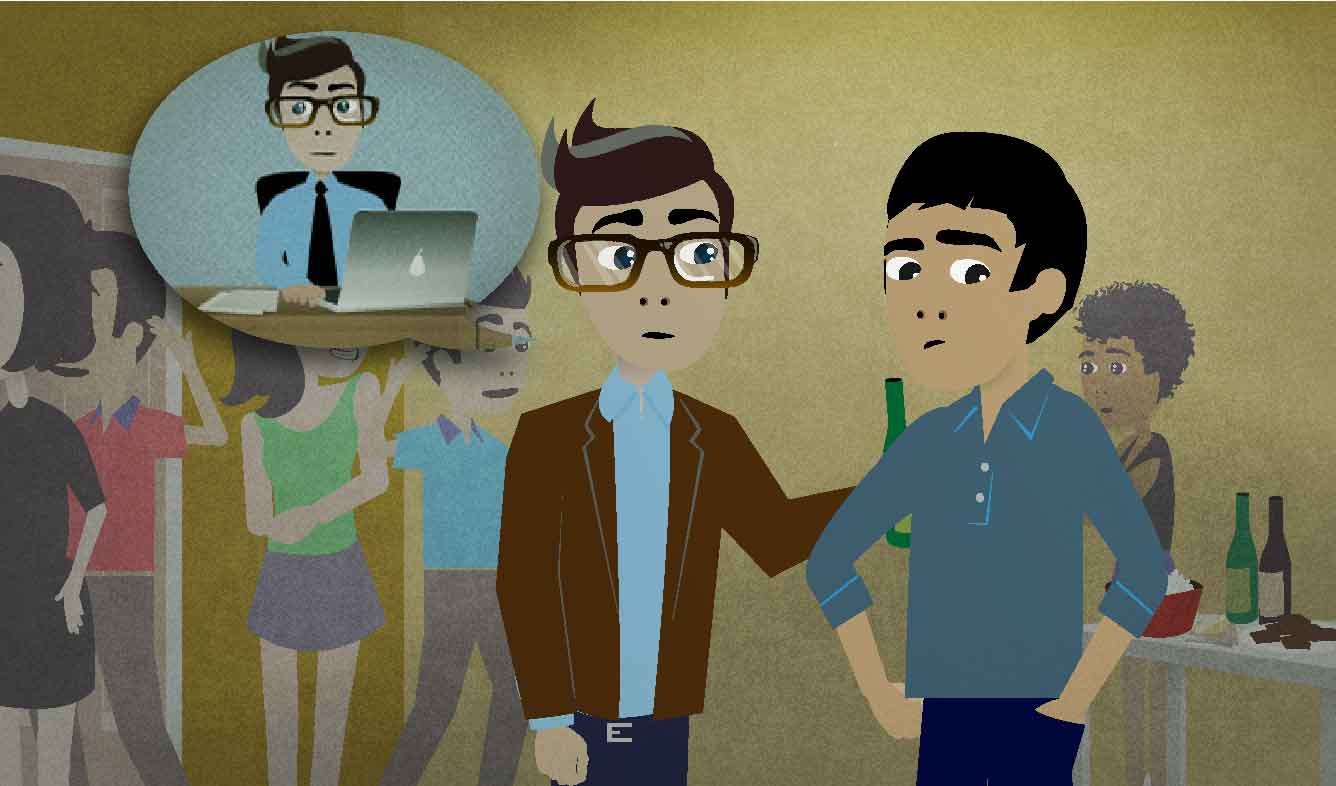 You're talking with someone you just met at a party. You ask about his job, and he tells you that he works at an insurance company. You don't have anything else to say about that, so you just say this.

The word "cool" means "interesting". It used to be slang, but it has become so common that most people don't consider it slang these days.

Although "cool" means "interesting", English speakers sometimes say "That's cool" about things that they don't think are very interesting. You just say it because you can't think of anything else to say. For example:

I had some eggs for breakfast.

When you use "That's cool" in this way, the stress is on the word "that":

If you want to comment on something that really is interesting, say it with stress on "cool":

responding to someone 日本語
Print this Lesson

“Hold on a sec; I'm in the middle of writing something!”