Lessons Fine! I'll take it back! 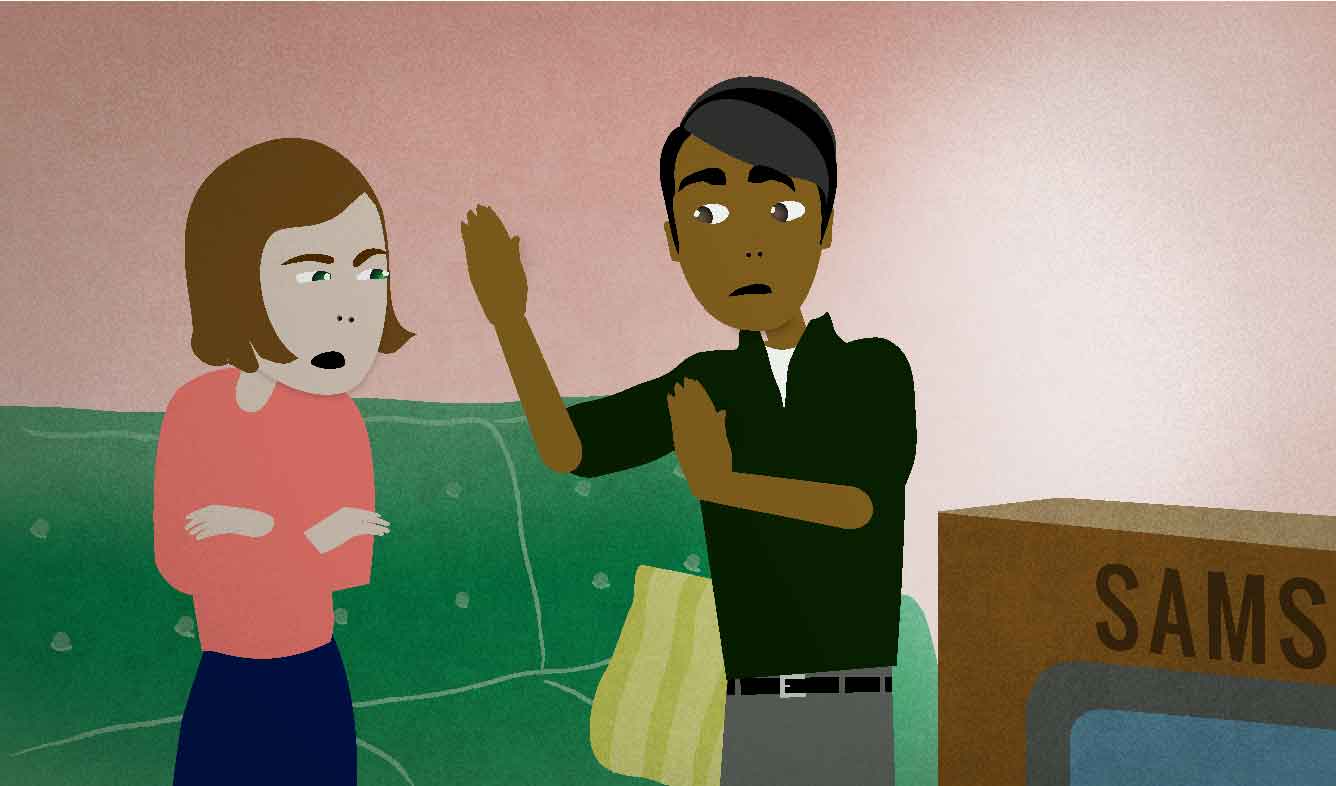 You bought your wife a new TV for her birthday. But she says she doesn't want it and she's angry that you bought such an expensive gift. After arguing about it for a few minutes, you decide that you'll try to return the TV to the store to get a refund and says this.

Fine! I'll take it back!

People say this word after arguing or debating with someone. This word shows that you're letting the other person win the argument. You're going to do what they say, although you're not happy about it.

A: Come on, please come with us!

A: I'm sick and tired of this! I'm leaving you!

B: Fine! Leave then!

The stronger you stress the word "fine", the angrier you seem. In the middle of a big argument, you can shut down the discussion by saying "Fine!" and then suggesting some extreme action:

You don't like how I'm dressed? Fine! Go by yourself then.

"Fine" really means "good", so when you use this word to end in an argument, you're saying the opposite of what you really think.

If you want to say that something really is "fine", meaning good or OK, use "That's fine" instead of "Fine!".

take (something) back (to a store)

At most stores in the U.S., you can take something that you bought back to the store, and return it to get your money back.