Lessons On the bright side, we were able to c... 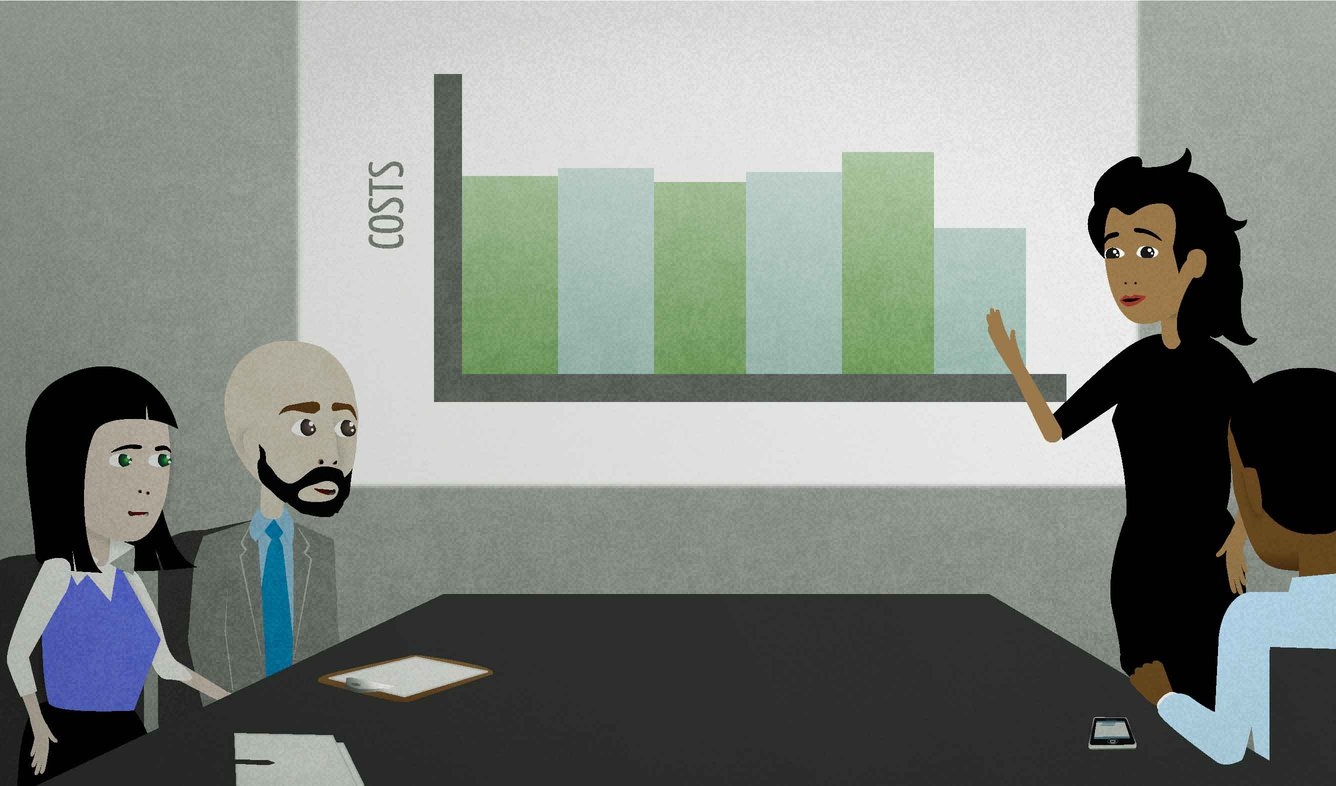 You're giving a presentation on your company's financial performance. You just told the audience that the company made a little less money this year. Now you introduce a more positive piece of information.

On the bright side, we were able to cut costs by 20%

On the bright side, (sentence)

Use this phrase when you're switching from talking about a negative idea to a positive one. For example:

It ended up costing a lot more than I thought it would. But on the bright side, I think the resale value will be high if we ever decide to sell it.

You can also tell someone to "look on the bright side".

(someone) was able to (do something)

You can use this phrase to talk about accomplishing something that was difficult. For example, you can talk about getting money to start a business:

A: Where did you get the money?

B: I was able to convince some friends and family to invest in it.

Or you can talk about finishing a project faster than you expected:

We were able to get it done in less than a week.

"Cutting costs" means reducing the amount of money that you spend on something:

If you want to save money, you've got to cut costs.

People often use this phrase to talk about businesses. You can specify how much money was saved like this:

We cut costs by over two million dollars this year.

We've been asked to cut costs by ten percent.

in a meeting numbers set phrases at work
Print this Lesson

“So much for leaving at a decent time...”