Lessons That seems pretty risky, given the cu...

“That seems pretty risky, given the current economic climate.” 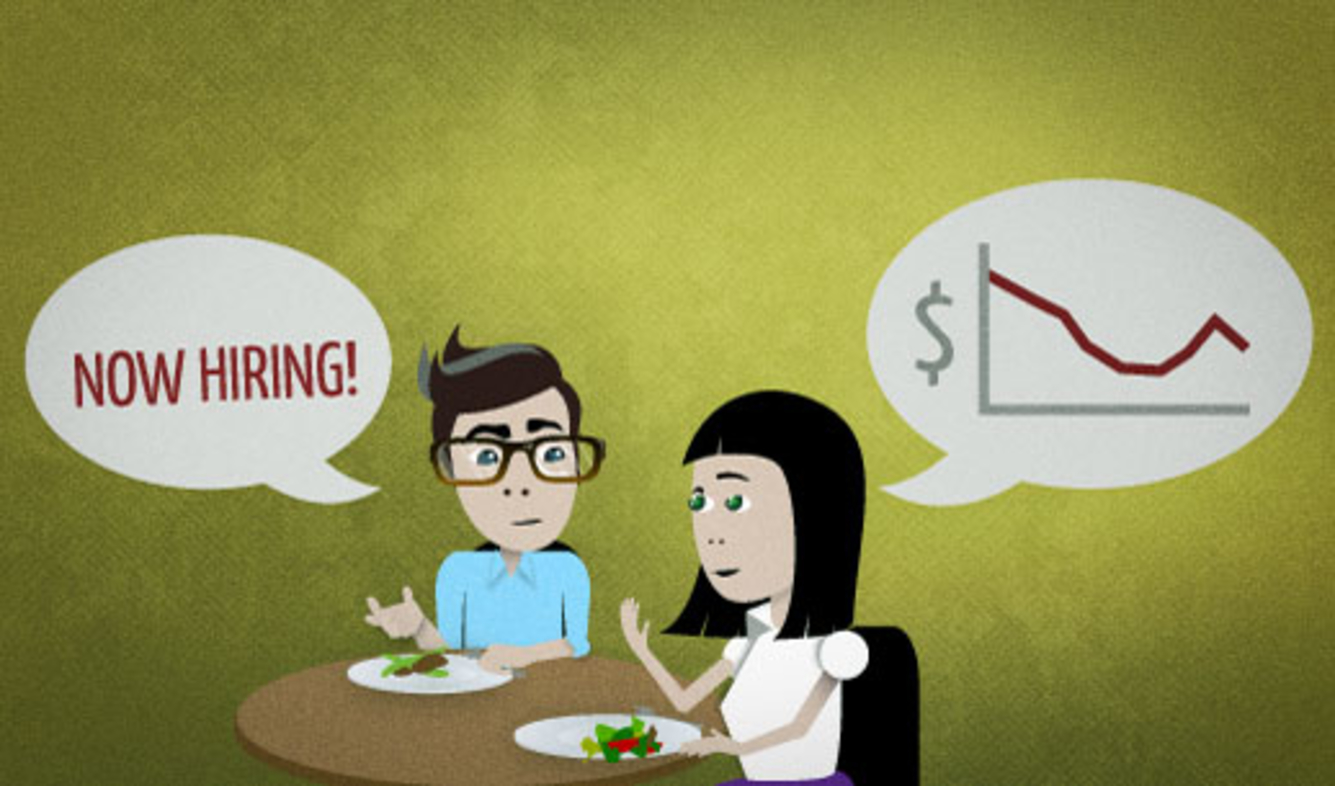 One of your company's competitors is expanding and hiring a lot of new employees. You think that's a bad idea because the economy is bad now. You're discussing it with your boss at lunch. You say this.

That seems pretty risky, given the current economic climate.

Specifically, something that is "risky" has a high chance of going badly. People especially use the word "risky" to talk about money and investments.

The phrase "___, given ___" is pretty complicated! It's used to introduce an idea that provides a reason for part of your sentence:

It's surprisingly fast, given how big it is.

In this example, "given how big it is" explains why it's surprising for it to be fast.

And here's another example:

We probably shouldn't invite both of them at the same time, given their romantic history.

The "economic climate" just means the situation that the economy is in. It includes:

Although the phrase "economic climate" isn't negative, people mostly use it when the economy is bad. When people want to carefully talk about a bad economy, they often say things like:

The economic climate these days is tough.

In this economic climate, we can't afford to spend any additional money on staffing.

"Current" means "now". But "now" can't be used as an adjective. So we use the word "current" instead. For example:

Their current President is a former business executive.

In this example, the "current President" is the person who is President right now. Here's another example:

He had two kids with his ex-wife, but he doesn't have any with his current wife.

“We might as well make the most of it.”