Lessons I know I'm going to mangle this... 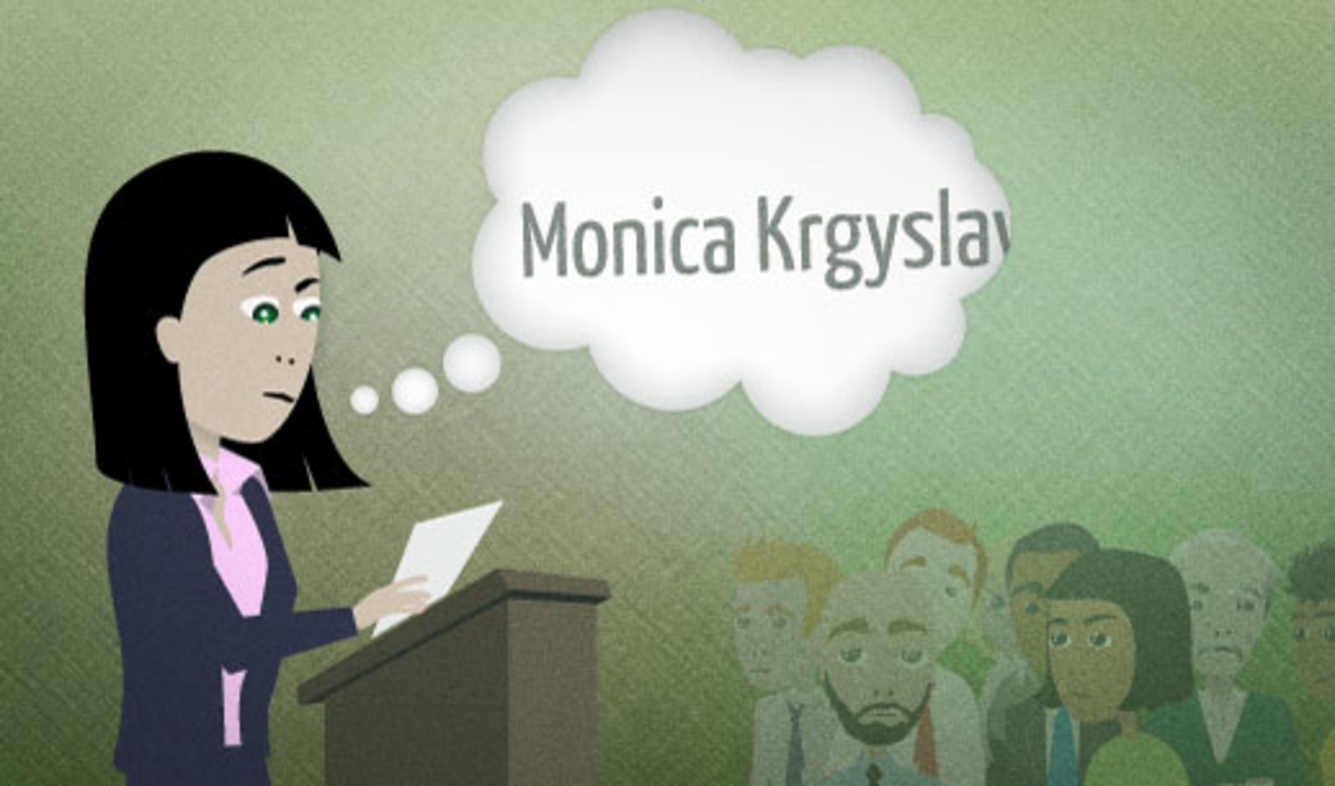 You're presenting awards at a company-wide end of year party. You have to call out someone's name that's written down, but the spelling is very tricky. You don't think you'll be able to pronounce the name correctly. Before saying the name, you say this.

I know I'm going to mangle this...

mangle (the pronunciation of something)

The word "mangle" means to mess something up by cutting, ripping, beating, or crushing it. For example, imagine what would happen to an animal that was attacked by a pack of wolves. The wolves would "mangle" the animal.

However, "mangle" is even more commonly used to talk about pronouncing something really badly. "Mangling" the pronunciation of a name, word, or sentence means pronouncing it really, really badly.

You can also "mangle" a song by singing it badly - singing it out of tune, forgetting lyrics, etc.

“That seems pretty risky, given the current economic climate.”