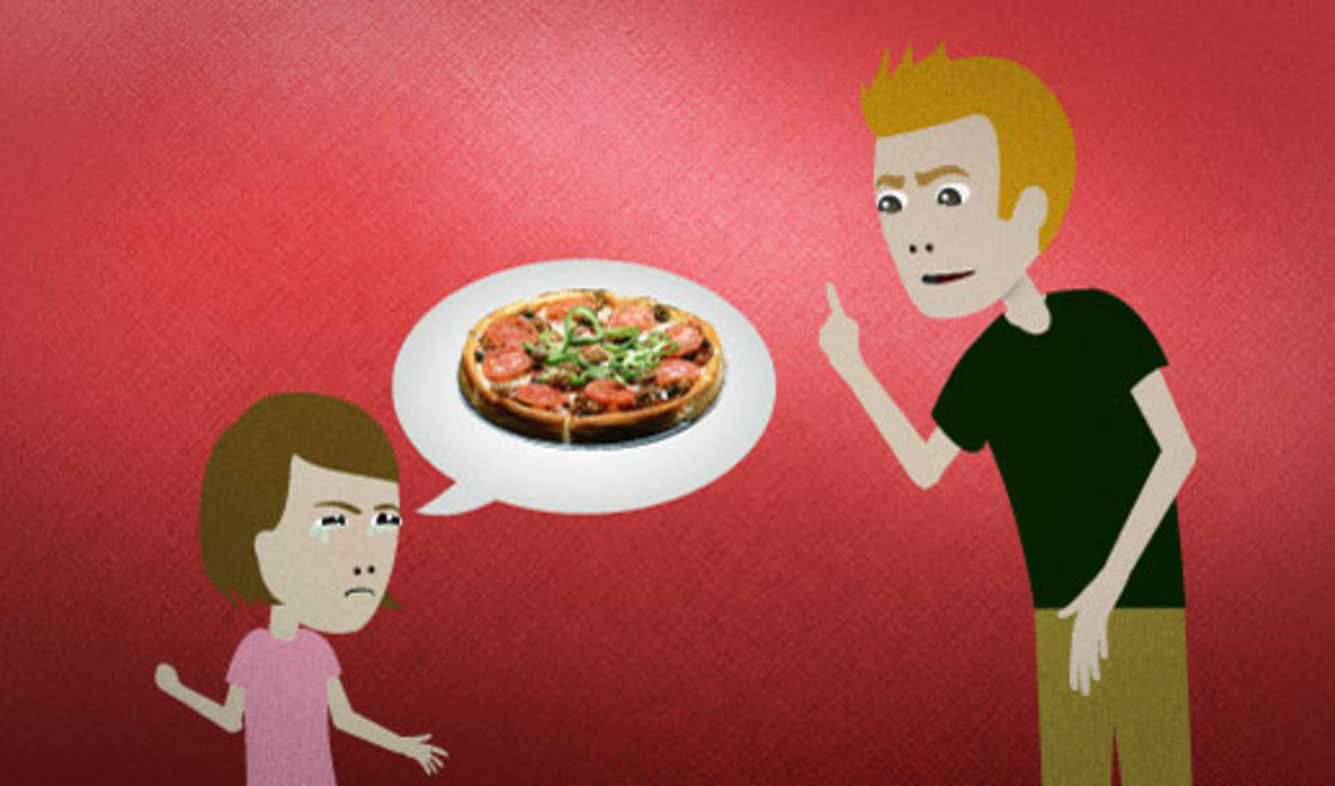 Your daughter is crying because she doesn't like what you cooked for dinner. She wants pizza instead. You're angry that she's not satisfied with the meal you cooked. You say this.

When you want to describe how someone is acting, use this expression:

You usually only say negative things about people this way. If you want to say something nice about a person, it's easier:

(someone is) a spoiled brat

A "brat" is a child who is selfish and badly behaved. When someone is "spoiled", it means that they get anything they want. So a "spoiled brat" is a kid who has a bad personality because they get whatever they want.

You can call someone a "spoiled brat" when they selfishly demand to get what they want and don't think about what other people want.

“Please note that all applications must be accompanied by two letters of recom...”