Lessons That's why I always try to pay off my...

“That's why I always try to pay off my credit card bill every month.” 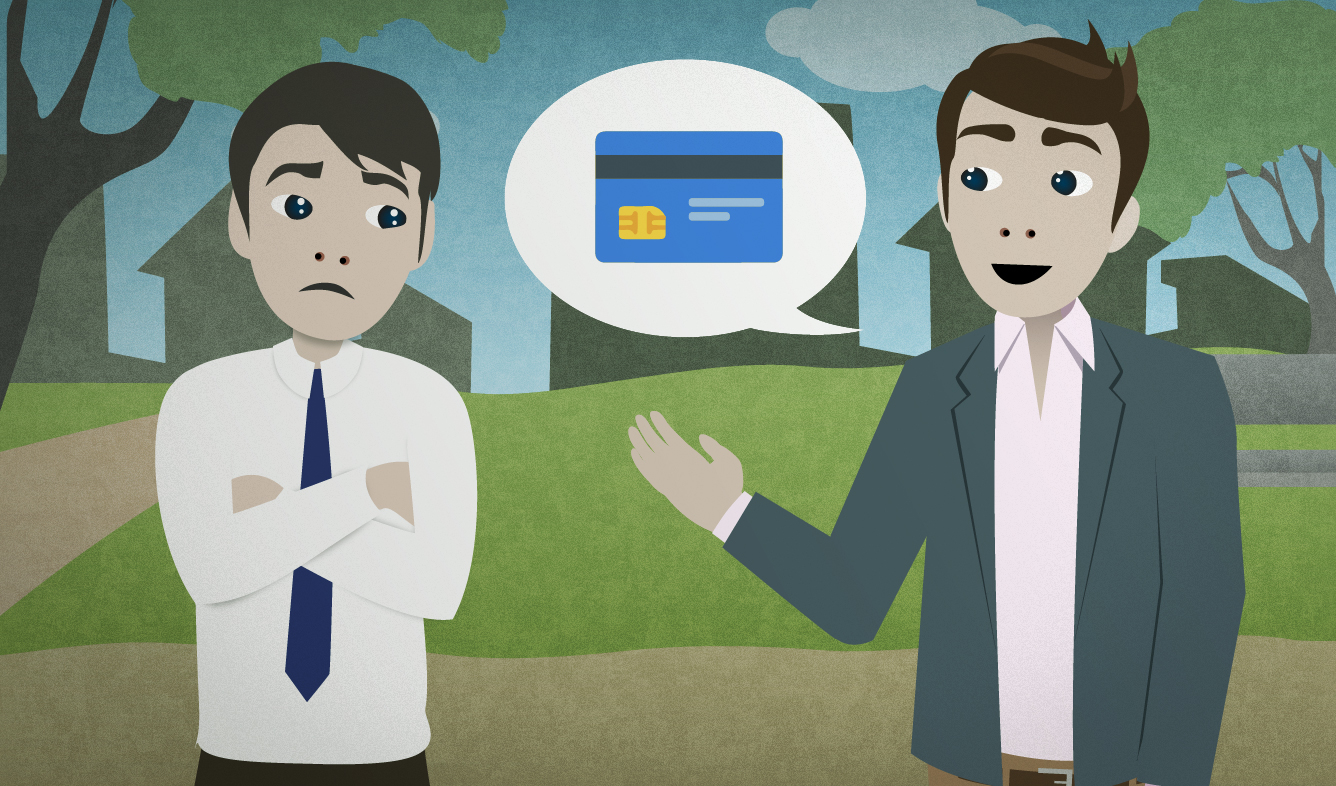 You're talking with your friend about the problems he's having with his credit cards. He says that he's being charged a lot of extra money for interest. You never pay interest because you always pay the complete amount on your bill every month. You say this as advice to your friend.

That's why I always try to pay off my credit card bill every month.

I always try to (do something)

You use this phrase to describe something that you do because you think it's a good idea, but sometimes you aren't able to do it. Why not? Maybe because you forget, because you get too busy to do it, or because you don't have enough self control.

I always try to eat fresh fruit and vegetables, but it's hard on weekdays.

To "pay off" a credit card means to pay off all of the money that you spent on that credit card for the month.

Credit cards in the U.S. have a minimum payment that you have to pay each month. However, if you only pay the minimum, you will be charged interest for whatever amount hasn't been paid. If you "pay off" your credit card each month by the deadline, you won't be charged for interest.

The word "bill" can refer to two things: 1) The piece of paper or the e-mail that a service sends you to tell you how much you need to pay them. 2) The amount of money that you have to pay.

So you can talk about the physical bill itself:

I put the phone bill over there on the counter, but now I can't find it.

Of you can talk about the amount of the bill. To describe the amount, use "high" and "low":

Our gas bills are pretty low.

As you can see from the last example, you can identify bills for different services. Some common ones are:

You can also say the name of the company that's charging you:

This month's Time Warner bill was higher than last month's.

“That's weird. I could have sworn I put it here.”

“Can you wipe that up, please?”