Lessons The fender is a little dented. Otherw...

“The fender is a little dented. Otherwise, it's as good as new.” 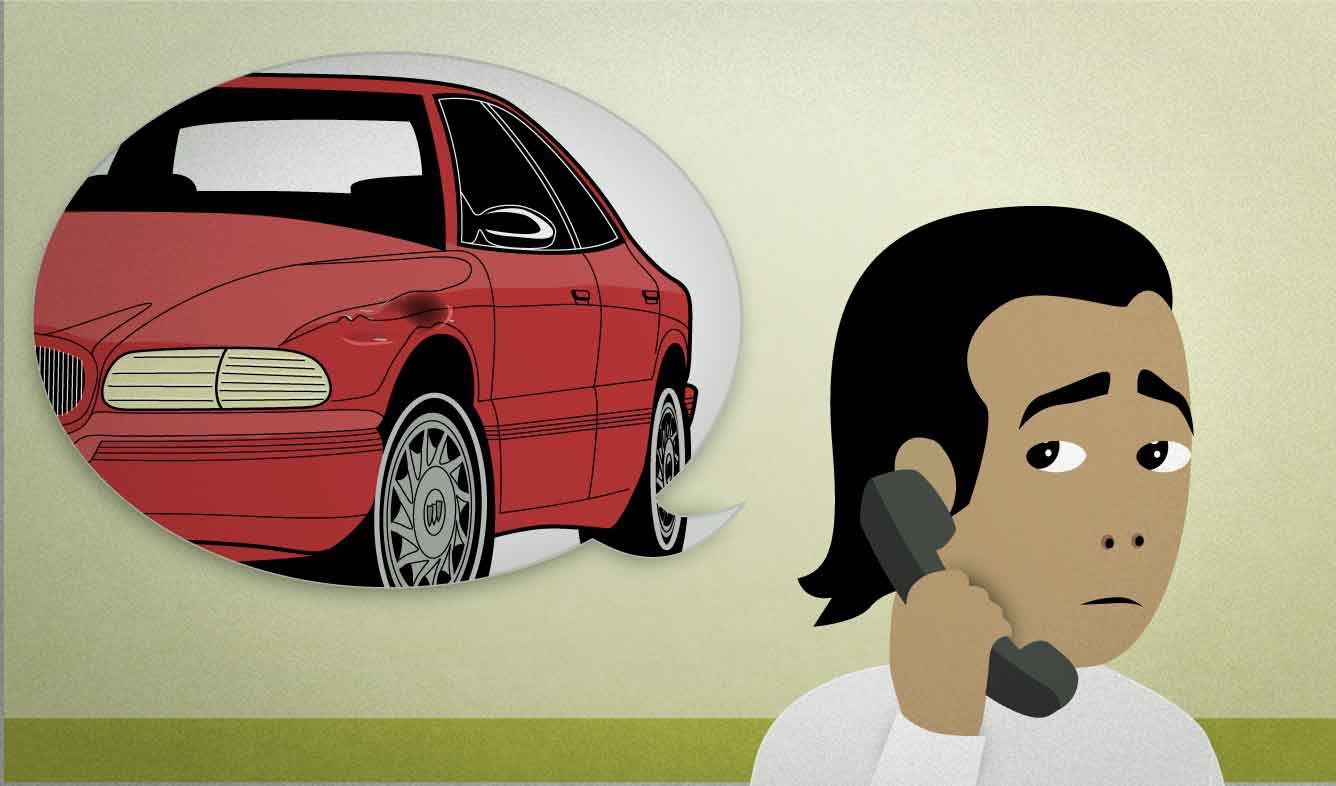 You're trying to sell your car online. Someone calls to ask about it. He asks if there are any problems with the car. You tell him about one small problem it has.

The fender is a little dented. Otherwise, it's as good as new.

The "fender" of a car is the area on the side above the tires. It's a piece of curved metal.

Small car accidents which just cause a dent in the side of a car are sometimes called "fender benders".

(part of a car) is dented

When something hits a car, it might make a dent. A dent is an area where the metal has been pushed in. It's not the correct shape.

Other metal things can be dented too, like a mailbox or a can of food.

Use the word "otherwise" to talk about something that's separate from what you previously said.

For example, you can describe the consequences of not doing something:

You definitely need to put together a will. Otherwise, if you pass away, your family will have to deal with a bunch of complicated legal hassles.

You can also use it to describe one characteristic of something that's different from its other qualities.

She gets pretty pissed off when people show up late for meetings. Otherwise, she's pretty easy-going.

(something) is as good as new

Use this phrase to talk about something that's not new, but looks or performs well.

For example, you can say this after you fix something that was broken:

There you go. Good as new!

“Maybe you can settle this debate we've been having. Who do you think is hotte...”