Lessons There is no local Brooklyn-bound serv...

“There is no local Brooklyn-bound service between 34th Street and Canal.” 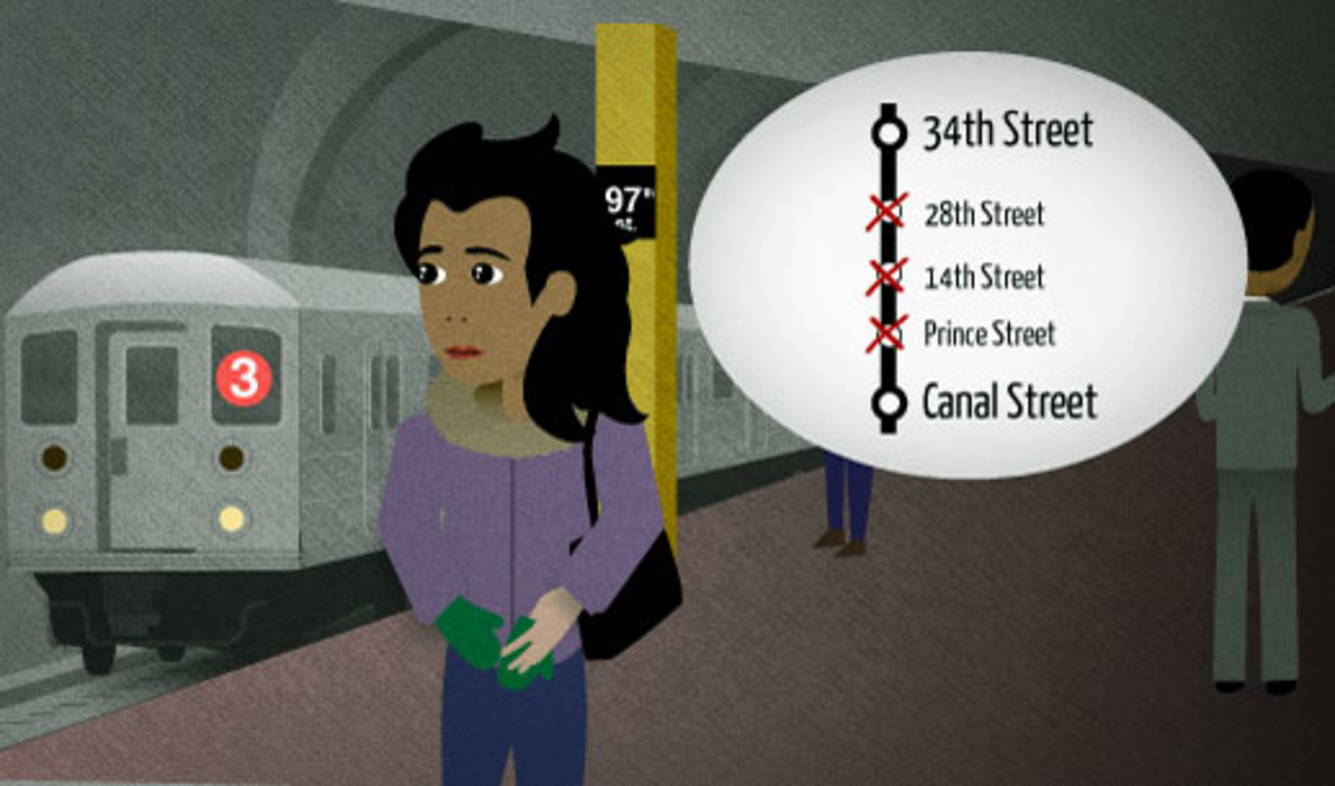 You're riding the subway in New York City. The train conductor makes an announcement because the train isn't stopping at its usual stops. She says this.

There is no local Brooklyn-bound service between 34th Street and Canal.

A "local" train is one that stops at every station that's listed.

The opposite of a "local" train is an "express" train, which skips some stops in order to take passengers to far-away areas more quickly.

The phrase "___-bound" describes where the train is going to.

You can use "local train" and "___-bound separately:

I need to take the local train.

Is this the local?

Which one is the New Jersey-bound train?

Train announcers announce both in the same sentence:

When a train line is not running as usual, you will see signs or hear announcements saying that "There is no service between ___ and ___." This means that the train doesn't stop between those two places.

Another example of "no service" is on a telephone that doesn't work. If you try to call someone but nothing happens, you can say:

When people name two streets one after another, they often don't say "street" after the second one:

It's on the corner of 15th Street and Lexington.

You can actually skip the word "Street" on the first one too in casual English:

It's on the corner of 15th and Lexington.

between/among there existential 'there'
Print this Lesson

“She's talking up a storm these days.”

“I've been meaning to ask you: do you know what's up with Matt?”