Lessons There was a period when I was in scho...

“There was a period when I was in school when I literally did not turn on the stove for like two years.” 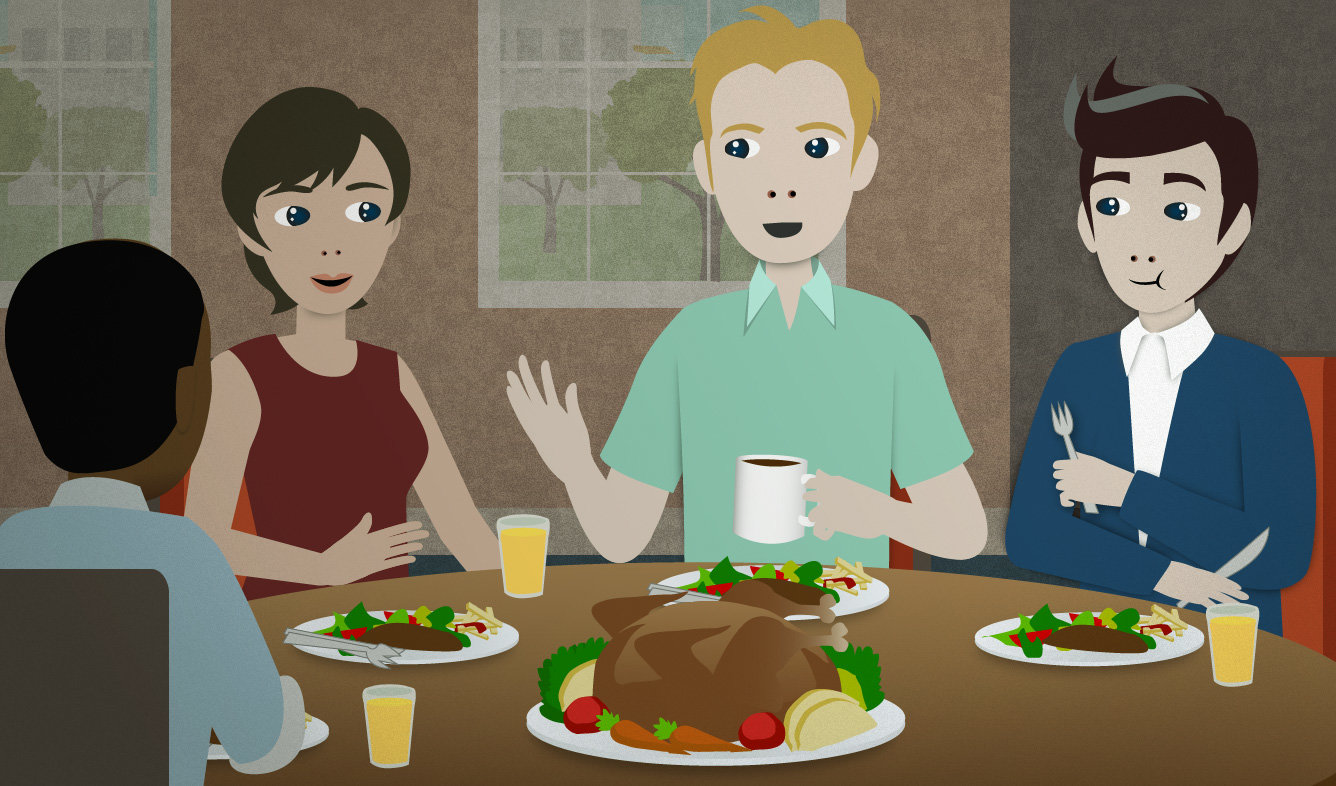 You cooked dinner for some friends. One of them asks if you've always been a good cook. You tell them a story to show that you weren't always interested in cooking.

There was a period when I was in school when I literally did not turn on the stove for like two years.

When you speak "figuratively", you don't really mean what you say.

So saying something "literally" means that it's really true. You actually mean what you say.

In the sentence "This was literally the best meal I've ever had.", the speaker says "iiterally" to show that he's not exaggerating. He actually liked this food better than every other meal that he's eaten. Of course, he might be saying that just to make the host happy...

He caught a fish that was literally as long as my arm.

I'm so hungry. I literally haven't eaten a thing all day.

Some older people don't like it when people use "like" in this way. However, it's a pretty well-established part of spoken language for a lot of English speakers now. It's still not used in formal writing, though.

There was a (time) when (something happened)

This is a way to talk about how things were in the past:

There was a time when I was so shy, I wouldn't even respond when someone said "Hello" to me.

There have been several times in history when a huge percentage of the people on the earth were killed by plagues.

a period (in someone's life)

When something happens to a person for a few months or years, you can talk about that as "a period" in that person's life:

His teenage years were a very difficult period for him.

You can use the phrasal verb "go through" to talk about a period in someone's life:

It's not uncommon for retirees to go through a period of depression soon after they stop working.

Note that you can also talk about a historical period.

When a machine or electronic device is off, you can "turn it on".

"Turn on" refers just to the action of switching something from "off" to "on". After you turn something on, you say that it "is on":

Hey, turn on the TV.

Is your phone on?

"The stove" is the machine in a house that people cook on. Here are some different kinds of stoves:

Stoves often come connected to an oven, which is what you use to bake or roast food.

cooking the past existential 'there'
Print this Lesson

“Oh, have you taken up painting?”

“I looked over your books, and I jotted down a few questions that I wanted to ...”