Lessons There's a tournament being held in Ap...

“There's a tournament being held in April that I was thinking about signing up for...” 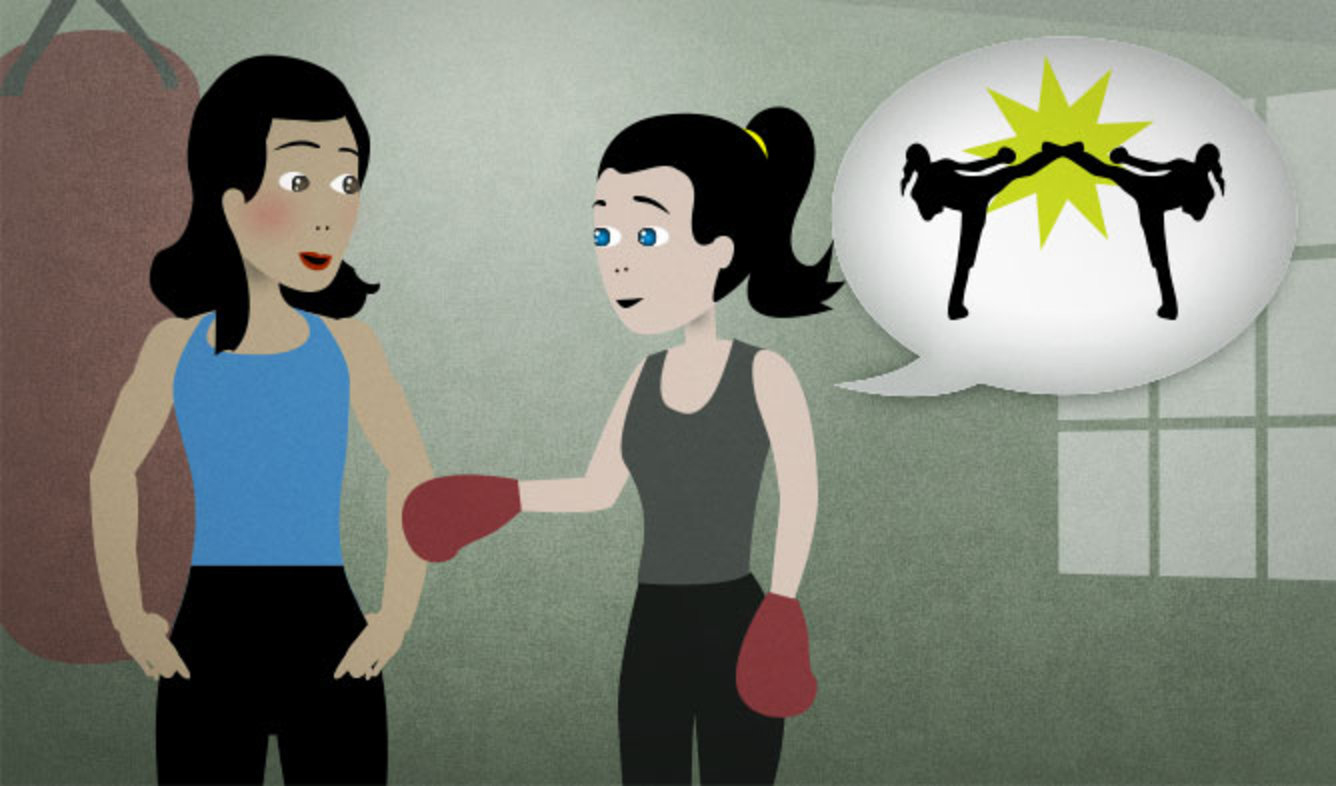 You take kickboxing classes. You saw an advertisement for a competition and thought that you'd like to try it. You mention it to your teacher to see what she thinks.

There's a tournament being held in April that I was thinking about signing up for...

When you "sign up for" an event or activity, it means that you fill out a form that shows that you want to join. For example:

I signed up for an aerobics class at the gym.

We decided to sign up this year for the Walk Against Cancer.

You can also "sign up" someone else (usually a child) for an activity:

Maybe we should sign Gavin up for violin classes.

Use "there's ___" when you're describing a situation that's happening now:

There's someone at the door.

There's some food in the kitchen, if you're hungry.

Or something that's planned for the near future:

There's a game coming on at four.

It's also common to describe what something is doing using "there's":

There's a woman staring at you over there.

There's a humming noise coming from the refrigerator.

There's some cake sitting on the counter.

a tournament is held (at a certain place and time)

A "tournament" is a competition between lots of people or teams. Usually one person or team is named as the champion at the end of the tournament.

To talk about a tournament happening, use the phrase "be held", followed by the time of the tournament, the location, or both:

It's held between late March to early April each year.

Where is next year's tournament being held?

Aside from tournaments, other events that are "held" include:

I was thinking about (doing something)

Talk about a plan that you've considered with this phrase:

I've been thinking about signing up for an English writing course.

I've been thinking about dyeing my hair again.

there sports
Print this Lesson

“Where do you stand on gun control?”

“Well, it's the thought that counts.”