Lessons Where do you stand on gun control?

“Where do you stand on gun control?” 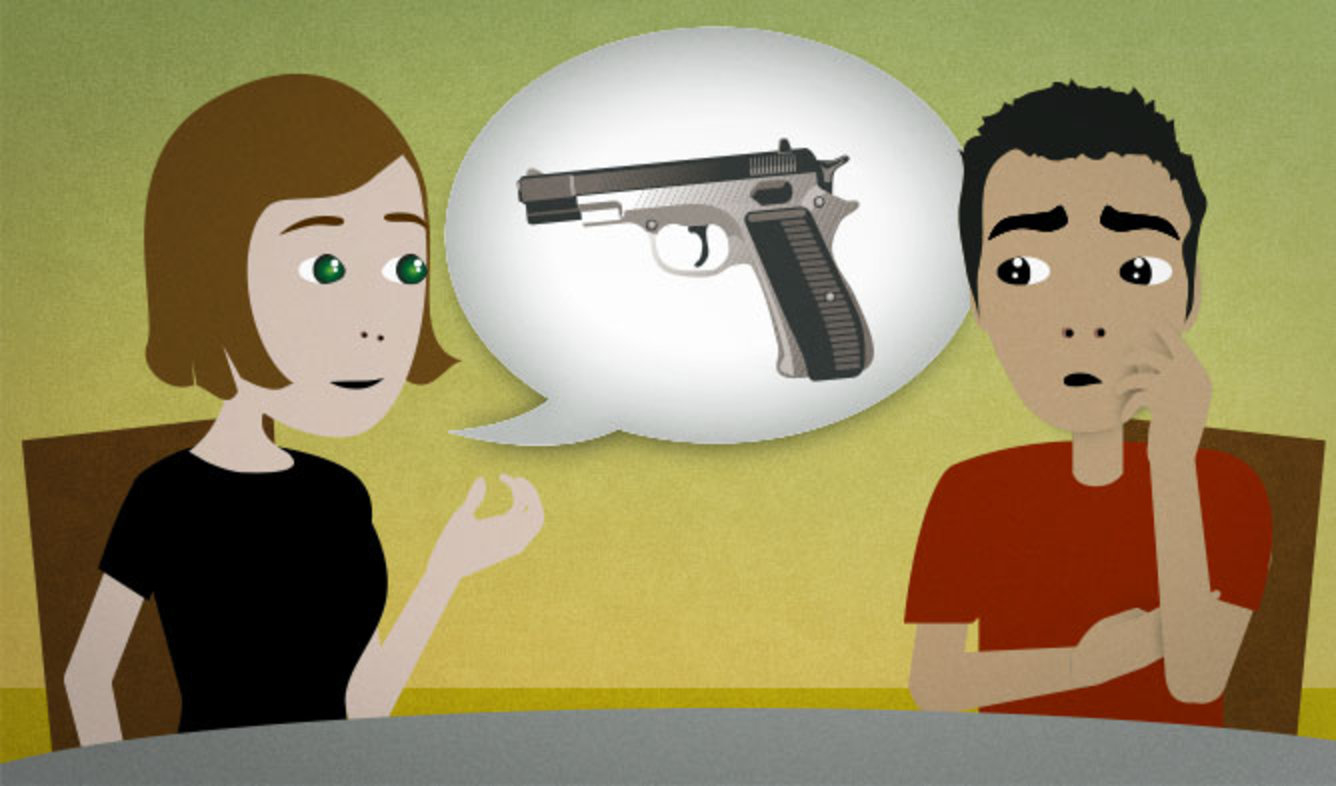 You're talking about politics and social issues with someone who you've recently become friends with. A recent topic in the news is whether there should be laws to make it harder to buy a gun. You want to know what he thinks about this.

Where does (someone) stand on (an issue or debate)

English speakers often compare opinions to positions or locations in an imaginary space. For example, you can call a person's official opinion their "position":

Debates and disagreements have "sides", which you can imagine as people standing on opposite sides of a room to show which idea they agree with:

Why are you taking her side?

A. Whose side are you on?

And when you ask someone "Where do you stand?" it means "What's your opinion?" or "What side of this debate are you on?" You identify the question or the topic with "on":

It's hard to tell where she stands on this topic.

There's also a noun for talking about where someone stands on a topic. It's "stance". Your "stance" is similar to your "opinion" or "position":

What's her stance on the topic of immigration?

We use "stance" and "Where do you stand?" in business discussions, political discussions, academic debates, and other formal situations.

"Gun control" is a political and social issue that people debate about often in the United States.

U.S. citizens have had the freedom to own guns since the country began. However, since the 1960s, some people have started to believe that this is dangerous. They believe that citizens should not be allowed to own guns, or that the government should have stricter laws on who can get guns, or what kinds of guns people can own.

Other people feel very strongly that the right to own guns should not be taken away.

“If it doesn't fit you, let me know and I'll give you the receipt to exchange it.”

“There's a tournament being held in April that I was thinking about signing up...”