Lessons There's been a big oil spill off the ...

“There's been a big oil spill off the coast of Louisiana.” 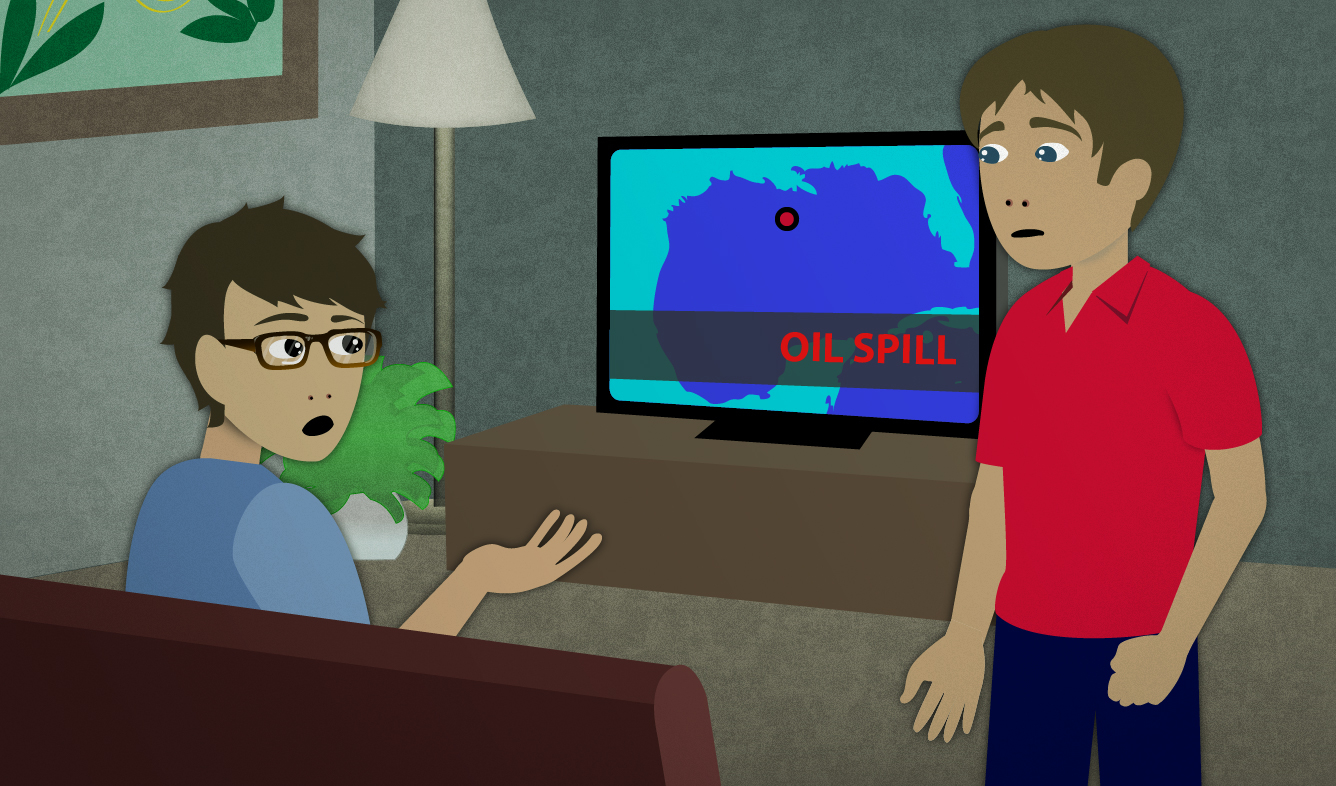 You are watching the news on TV and they're talking about an oil spill. Your roommate walks by and sees the pictures. He hasn't heard about this news, so he asks what's going on. You answer him by saying this.

There's been a big oil spill off the coast of Louisiana.

There's been (an event)

You use "There's been a ___" to describe an important event that has happened. For example:

There's been a murder.

There's been an earthquake in San Francisco.

An "oil spill" is when a large amount of oil leaks out into the ocean from a crashed oil tanker (a boat that carries oil), a broken oil pipeline, or from an offshore drilling location.

off the coast of (somewhere)

This phrase describes a location in the ocean that's away from the land but close to a certain continent, country, state, province, island, etc.:

off the coast of South America

off the coast of Maui

off the coast of California

You can also include details about which side of a country you mean:

They crashed off the south coast of Cuba

the environment there existential 'there' the news
Print this Lesson

“It's a bit intimidating.”

“I'm finished filling this out, but I wasn't quite sure what to write in this ...”