Lessons There's been non-stop coverage of it ...

“There's been non-stop coverage of it on all the news networks.” 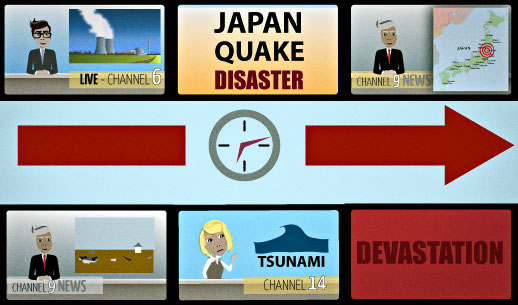 There's a huge news story that's been going on. TV channels keep discussing it again and again. You're talking to a friend in another country about this news story, and you say this to describe how often it's being shown.

There's been non-stop coverage of it on all the news networks.

Use this structure to describe something that has existed for some time starting in the past, and continuing until now:

There've been a lot of customers lately.

There's been some interest in building a new facility on the West side of town.

There's been a lot of talk about going back to the old system, but I don't think it's likely to happen.

There've been tons of new tablet computers released this year.

Something that keeps going without stopping can be described as "non-stop".

You're probably familiar with "non-stop" from the phrase "a non-stop flight". Here are some other common phrases that use "non-stop":

coverage of (a news story)

News stories about a situation are called "coverage":

There hasn't been much coverage of the fighting in Thailand.

We're trying to get some news coverage of the event as well.

The stories can be on TV, in newspapers or magazines, or online. All of these count as "coverage".

"Coverage" is uncountable, so you never use the word "coverages".

If you have cable TV service, you get a lot of different TV channels. Some of those are news networks which just show news all day long. Major news networks in the U.S. are CNN, Fox News, and MSNBC.

“Try to narrow down your choices through process of elimination.”

“The situation in Fukushima is deepening the public's concern over the safety ...”