Lessons There's this myth that there's a perf...

“There's this myth that there's a perfect soul mate out there for everyone, when the reality is that a lot of us just end up settling for someone.” 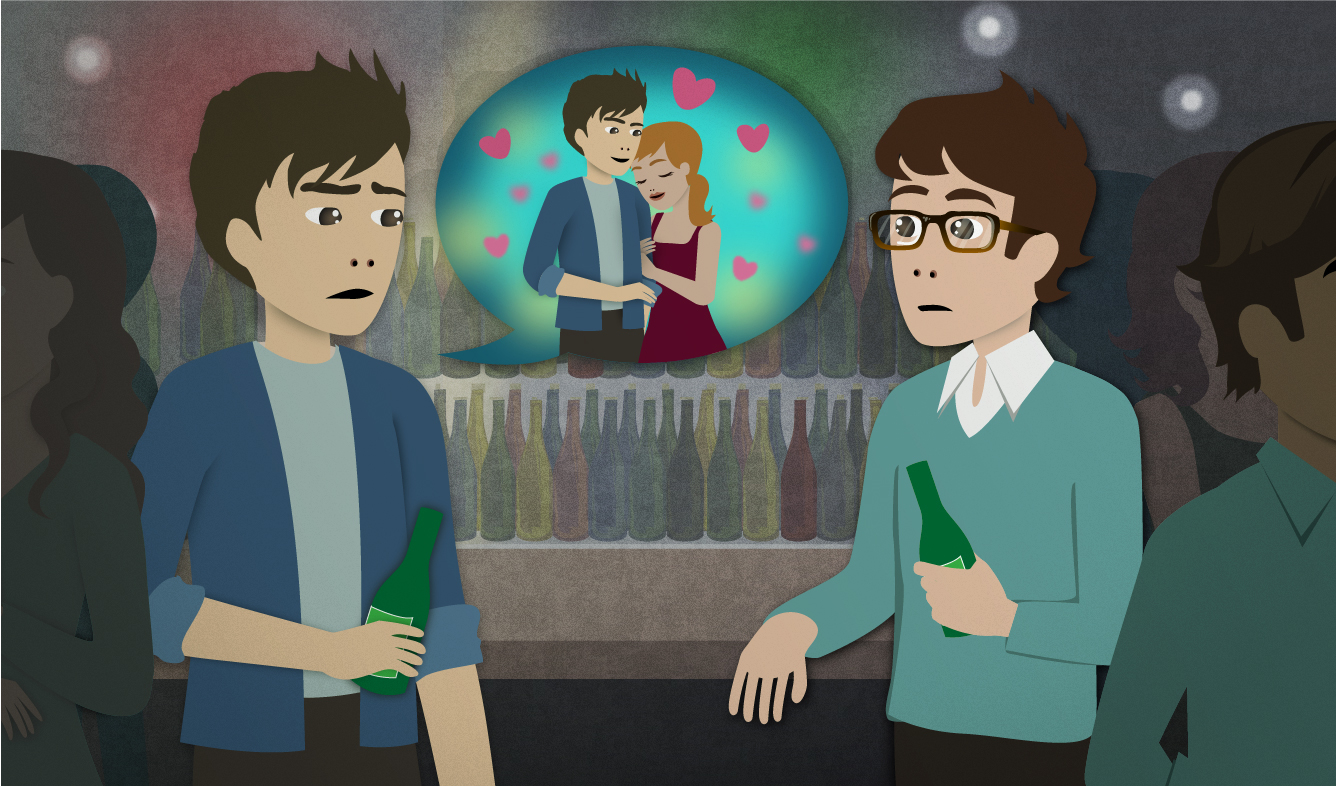 You and a friend are talking about dating. You're frustrated because you've tried to find a partner who fits you perfectly, but you haven't succeeded. Now you think that you might not be able to find a perfect partner. You share your opinion with your friend.

There's this myth that there's a perfect soul mate out there for everyone, when the reality is that a lot of us just end up settling for someone.

a lot of (something)

Some English learners use the word "much" too much! In normal conversational English, "a lot of ___" is far more common than "much ___":

There was a lot of dust in the air.

My daughter always likes to put a lot of ketchup on her fries.

However, you can use "much" when you're saying "not much":

There's not much money left.

And it's good in the phrase "too much":

Sorry, I can't. I have way too much work to do here.

You can also use "much" for very, very formal positive sentences. When I hear a sentence like this, it reminds me of the Bible! It has that level of formality and age.

There was much rejoicing among the people.

"Many" is the same as "much". It sounds strange and old-fashioned in positive sentences, but normal in questions and negative sentences.

There were a lot of people there.

There aren't very many chairs left.

When you accept something that's less than what you hoped for, that's called "settling for" something.

For example, if you want to drink some coffee, but there's no coffee left, you might "settle for" tea.

We sometimes use the phrase "settle for ___" to talk about marriage or dating. People sometimes settle for a partner who isn't as attractive, as rich, as intelligent, or as kind as they would have wished.

I'm holding out for the right person. I'm not just going to settle for someone because I hit a certain age.

There's this myth that (sentence)

You can call an idea which a lot of people believe but isn't true a "myth".

There's this myth that if you work hard you'll be successful. The reality is that things don't always work that way.

There's this myth in our society that you have to have a career to be happy.

The word "myth" originally means stories about gods, goddesses, monsters, and heroes from long ago. But when you use it in this phrase, it means incorrect ideas that a lot of people believe.

There's a popular idea that there are pairs of people who are perfectly matched with each other. They are supposed to be together. God, fate, or some other supernatural force wants them to be together. People say that these people are "soul mates".

You're my wife, my best friend, and my soul mate. I'm so blessed to have found you. Happy anniversary, sweetheart!

the reality is that (sentence)

You can compare an incorrect idea to the truth with this phrase:

People get so scared about flying, but the reality is that you're much more likely to get hurt or killed in a car accident than in a plane crash.

“I don't watch much TV these days.”

“There is considerable disagreement among scientists over how likely such a ca...”