Lessons Think of this as an opportunity.

“Think of this as an opportunity.” 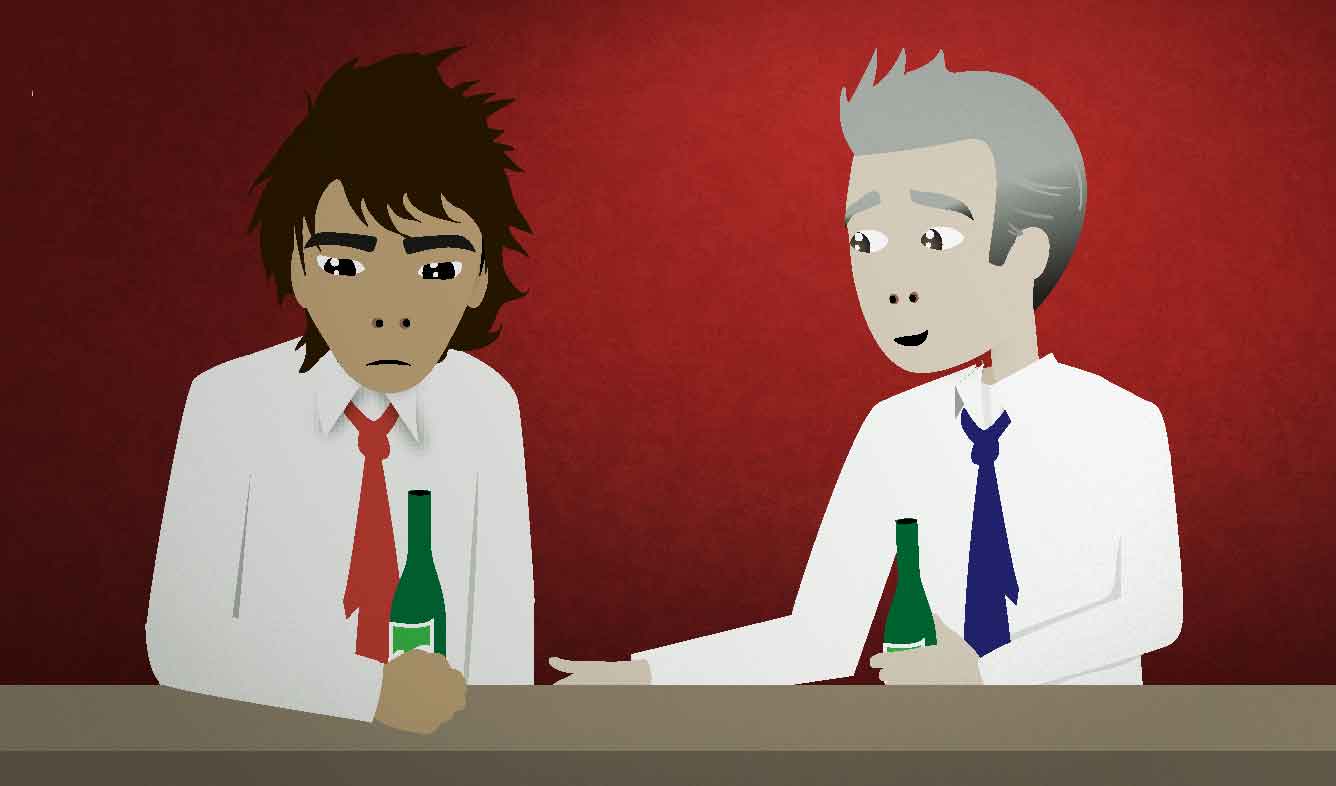 Your friend lost his job. You're talking with him about it and having a drink together. You say this to cheer him up.

Think of this as an opportunity.

Use this phrase when you want someone to think differently about something that happened to them. You usually say this to someone who is thinking negatively about something. You tell them to "think about it as" something positive instead. For example, if someone breaks up with your friend, you can say:

Think of it as a chance to meet other people.

In the example at top, "Think of this as an opportunity" means that the listener should try to believe that getting laid off from his job will allow him to find a better job instead.

An "opportunity" is a chance to do something great. For example, if you get called for an interview for a job that you really want, that is "an opportunity". Other examples of things that are considered "opportunities" are:

The word "opportunity" is used in the phrase "get the opportunity to (do something)":

How often do you get the opportunity to move to another country?

“It's a good value for the price.”

“Why on Earth would I do that?”