Lessons This guy over there with the dreadloc...

“This guy over there with the dreadlocks, Johnny... he's kind of the boss's right hand man.” 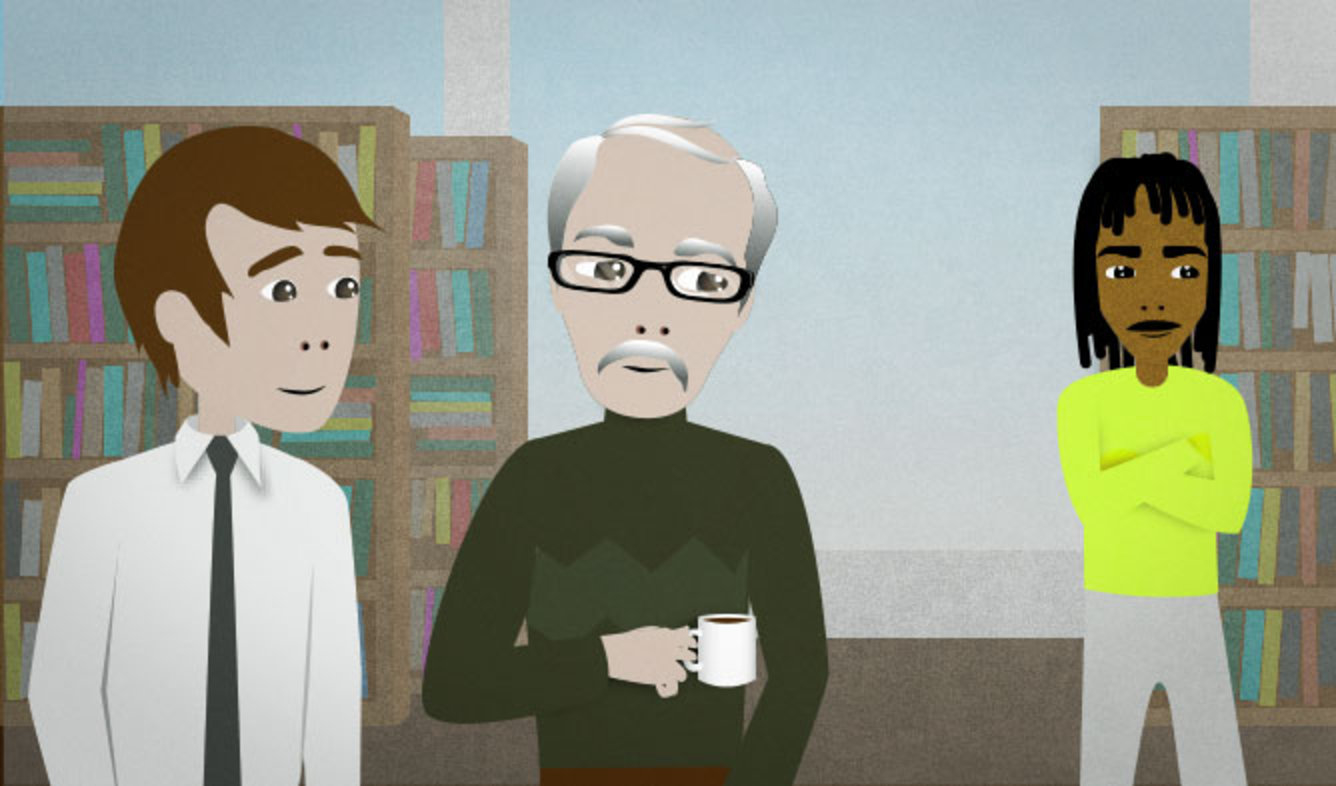 There's a new employee working with you. You're training him and showing him around. You point to one of the other people you work with and explain who he is.

This guy over there with the dreadlocks, Johnny... he's kind of the boss's right hand man.

"Dreadlocks" are hair which is tangled together into thick pieces. People who have dreadlocks either let their hair naturally grow into this style or do things to form the dreadlocks.

Each individual bunch of hair is called "a dreadlock". All together, you can say that a person "has dreadlocks" or "wears her hair in dreadlocks".

When you're talking about your boss with someone else who works with you, you can use the phrase "the boss". For example:

The boss says we have to be here at 9:00 tomorrow.

It's more common to call your boss "the boss":

(someone) is (someone's) right hand man

Your "right hand man" is the person who helps you out the most. It's not like an assistant, but more like a "second in command". This is the person you trust and depend on.

hair at work
Print this Lesson

“Moving on, let's review the differences between ionic and covalent bonds.”