Lessons This is not just a black and white, o...

“This is not just a black and white, open and shut issue.” 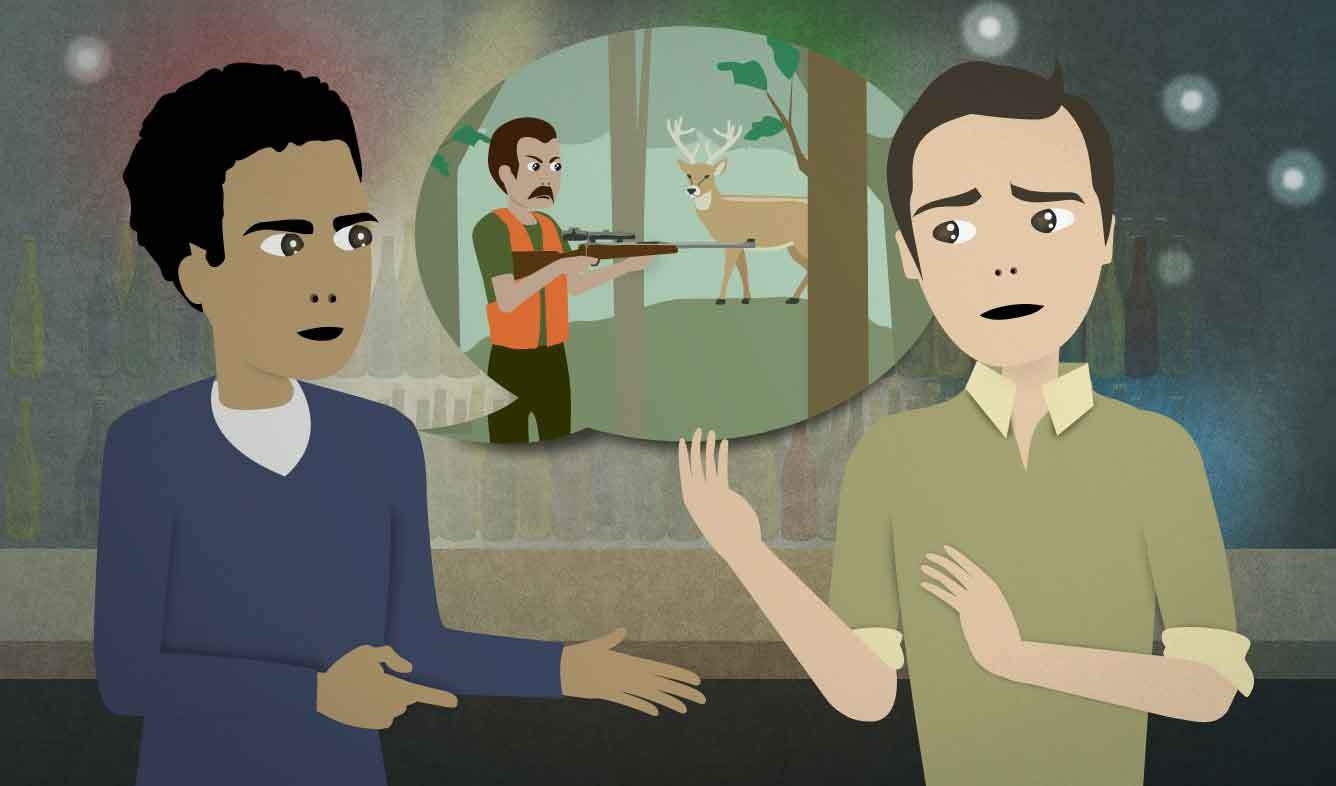 You are debating with a friend about whether it's right or wrong to hunt animals. Your friend is strongly against hunting, but you're not so sure about your opinion.

This is not just a black and white, open and shut issue.

a black and white issue

We say “black and white” to describe ideas that are very simple, especially when talking about right and wrong.

Immigration isn’t a black and white issue! There are so many individual situations that must be considered.

When an issue is not very simple, you can describe it as "gray" or "a gray area":

No, it's not black and white. There's a huge gray area.

It's an open-and-shut case, really. There were several witnesses, and the police matched the suspect to the murder weapon.

You can also use "open and shut" to talk about a debate:

No, there's no debate. It's open and shut. Software piracy is a form of theft, and it should be punished.

In this example, the speaker doesn't think that there is any value in the opposing argument at all.

“I thought it was a really original take on the story.”