Lessons This was literally the best meal I've...

“This was literally the best meal I've ever had.” 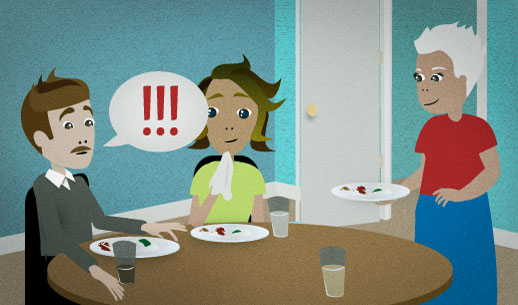 You ate dinner at your friend's parents' house. The food was very, very good. After eating, you say this.

This was literally the best meal I've ever had.

When you speak "figuratively", you don't really mean what you say.

So saying something "literally" means that it's really true. You actually mean what you say.

In the sentence "This was literally the best meal I've ever had.", the speaker says "iiterally" to show that he's not exaggerating. He actually liked this food better than every other meal that he's eaten. Of course, he might be saying that just to make the host happy...

He caught a fish that was literally as long as my arm.

I'm so hungry. I literally haven't eaten a thing all day.

the best (something) (someone) has ever (done)

English speakers seem to like to talk about things in extreme ways. Instead of saying that a movie is "really good", they might say:

It was the best movie I've ever seen!

You can use this with a lot of different verbs. Here's a different example:

Isn't this the best car you've ever driven?