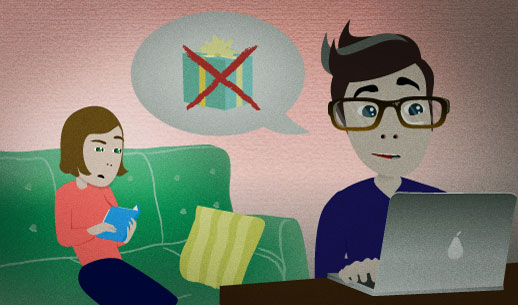 Your boyfriend said that he wasn't going to get you a present for your birthday. He said it as a joke, but you don't think it's funny. You say this.

Say this when someone makes a mean or teasing joke about you. "Very funny" actually means that you don't think the joke is funny.

This is an example of sarcasm.

When you really do think that a joke is funny, don't say "very funny". Instead, say something like:

“This was literally the best meal I've ever had.”