Lessons Ultimately, it's up to all of us as i...

“Ultimately, it's up to all of us as individuals to reduce our carbon footprint.” 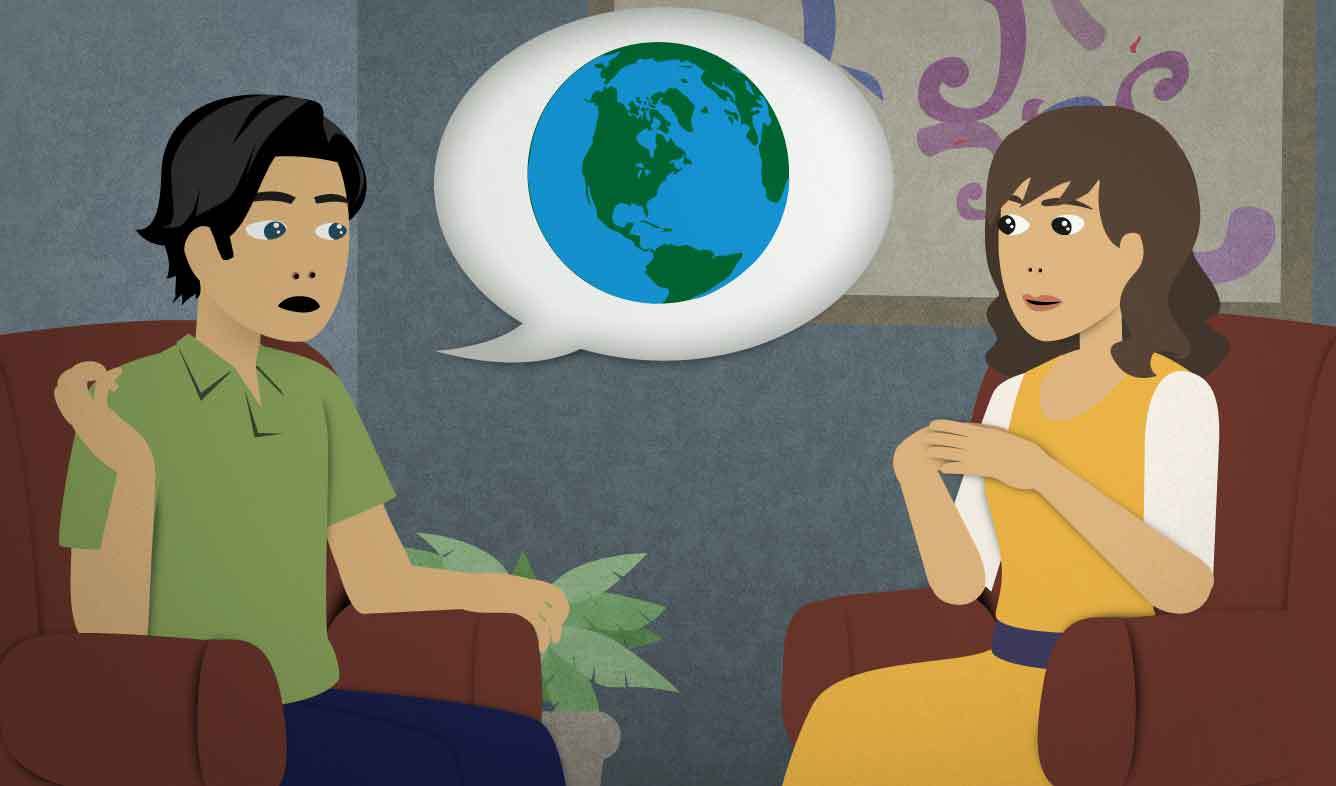 You and a friend are discussing what the government should do to avoid global warming. You think that everyone, not just the government, should take responsibility for fixing the problem.

Ultimately, it's up to all of us as individuals to reduce our carbon footprint.

It's up to (someone) to (do something)

If something is "up to you", it means that it's your responsibility. You are the person who has to do it. We use the phrase "it's up to ___ to ___" to communicate that it's important for a people to do something themselves, rather than relying on someone else to do it.

It's up to each of you to make sure that you fulfill all of your graduation requirements.

If we get a dog, it's up to you to take care of it. Understand?

There are a lot of different options. Ultimately, though, it comes down to which one is cheapest.

You can also use "ultimately" to talk about something that happens eventually, after a long period of time:

The popular theory these days is that some dinosaurs ultimately evolved into birds.

You can see from the examples that "ultimately" can come at the beginning of a sentence, or it can come in the middle before a verb.

all of (a group) as individuals

If you want to talk about a group of people, but you want to emphasize that each person in the group is independent of the others, you can use "all of ___ as individuals":

It's so, so important to get to know all of your students as individuals.

Each of you as individuals have the power to change society for the better.

(Note that the technically correct form of that sentence is "Each of you as individuals has the power..." but English speakers often break this rule, especially when speaking.

The idea of a "carbon footprint" became popular in the mid-2000's. A person's "carbon footprint" is the amount of carbon dioxide that is released into the Earth's atmosphere because of that person. Having a large carbon footprint is bad because it speeds up "climate change", which is also known as "global warming".

Some choices, like driving a large car that uses a lot of gasoline, increase your carbon footprint. Other choices "reduce" it:

One way to reduce your carbon footprint is to eliminate meat from your diet.

the environment
Print this Lesson

“I tried standing on it and immediately fell flat on my face.”

“Even an extremely modestly priced home in this area costs 150K at the bare mi...”