“Even an extremely modestly priced home in this area costs 150K at the bare minimum.” 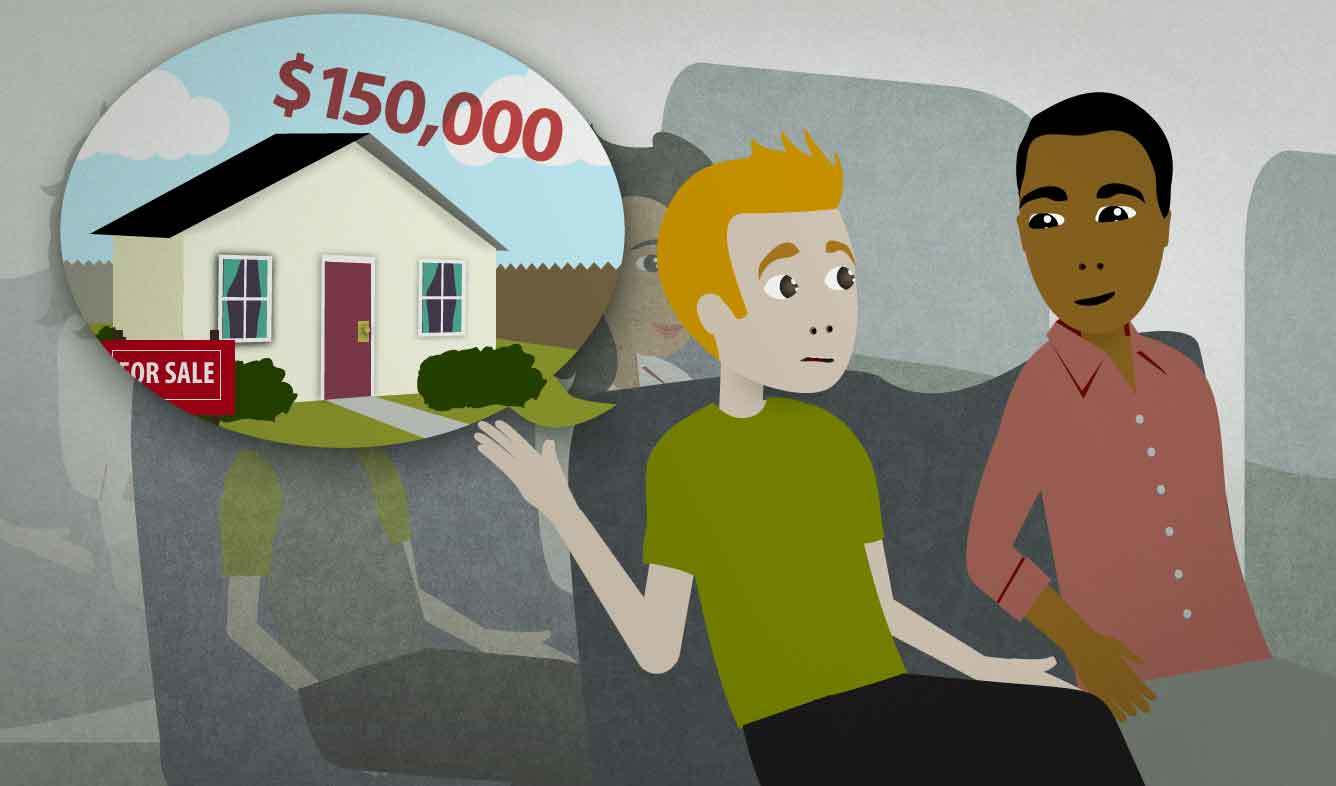 You and a friend are talking about why you've decided to rent a house instead of buying one. You explain like this.

Even an extremely modestly priced home in this area costs 150K at the bare minimum.

an extremely (adjective) (something)

My host family was extremely kind and helpful to me.

This one's extremely hard to figure out.

a modestly priced (something)

Something that is "modestly priced" is not too expensive:

"Modestly priced" sounds a tiny bit higher than "cheap". However, in the example above, the speaker says "extremely modestly priced". That means that it's quite cheap.

The words "house" and "home" are very close in meaning, so sometimes it's difficult to know which one to use. In the example above, either one would work. However, a "home" could include a house, a condominium, an apartment, or other types of living places. A "house" is more specific.

We also tend to use the word "home" when talking about owning, buying, or selling a house.

When you're talking about living or moving somewhere, "in this area" usually means anywhere within about an hour's drive of your location. If you're in a city, it usually means within that city or its suburbs.

You can use numbers from one to 999 with "K". If a number is higher than that, you should count in millions.

at the bare minimum

"At the bare minimum" expresses the very lowest possible amount of something. For example:

You need to floss every other day at the bare minimum.

Use this when you want to emphasize that a number is extremely low and can't go any lower.

You can also say "at the very minimum".

“Ultimately, it's up to all of us as individuals to reduce our carbon footprint.”