Lessons We expect sales this quarter to be a ...

“We expect sales this quarter to be a little soft compared to last year, due to the overall economic environment.” 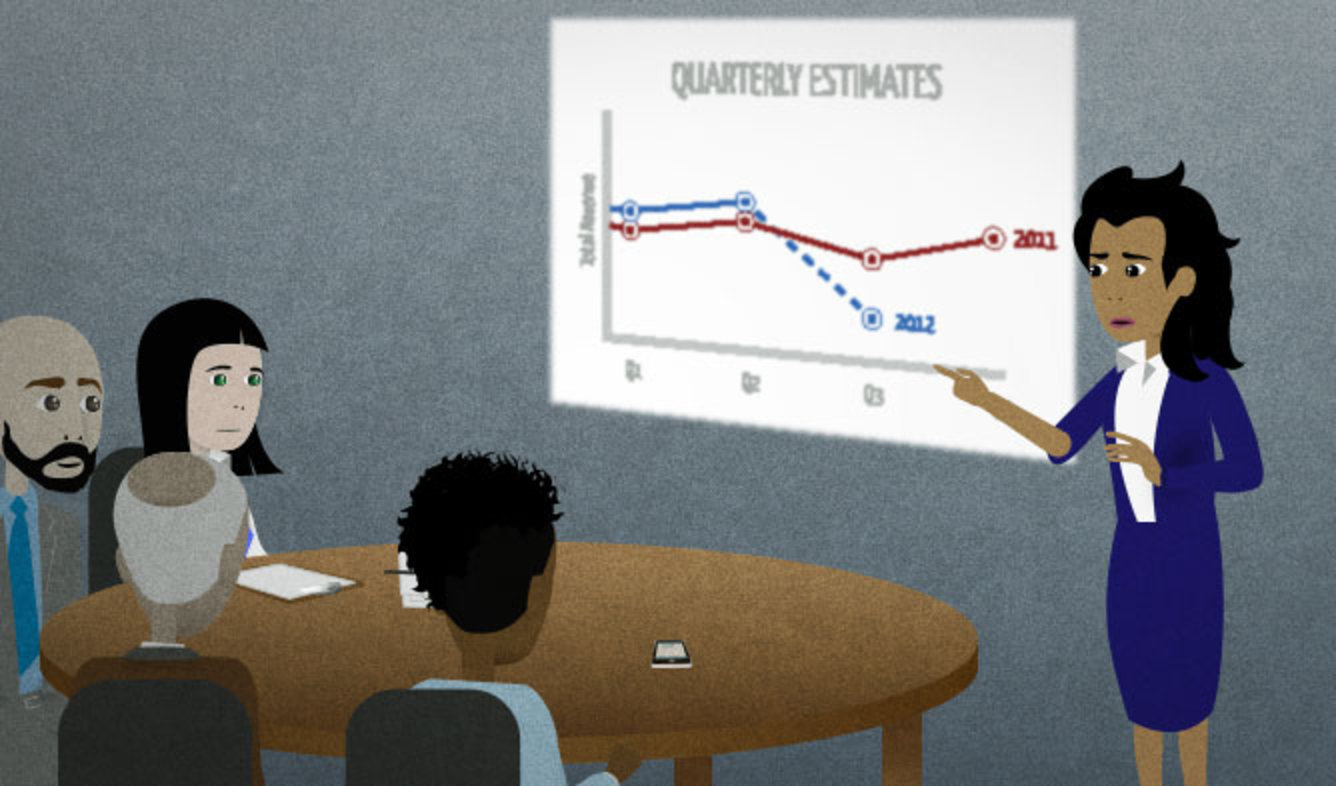 You're giving a presentation at work about your company's financial estimates. Your group expects that the company won't make as much money as they did in the same period last year.

We expect sales this quarter to be a little soft compared to last year, due to the overall economic environment.

Businesses usually break the year up into four pieces, which are called "quarters". They measure the performance of the business by how well each quarter compares to the same quarter the last year.

The fourth quarter is always tough.

It's time to start looking ahead to Q3.

We expect (something) to (be / do something)

You can use this expression to announce what you think is going to happen, in a formal way.

We expect sales to receive a further boost in the second half of 2012.

We expect the feds to help keep interest rates low through the end of the year.

(something) is (adjective) compared to (a different time)

You can compare something at two different points in time this way:

The competition at the 2012 Olympics was a bit weak compared to the 2008 Games.

You can also compare two different things in a similar way:

Windows computers have a reputation for being quite virus-prone compared to Macs.

When a company or an industry is not selling as much as usual, you can describe it by saying that "sales are soft".

Other expressions to describe this situation include:

Compared to these other expression, "sales are soft" sounds a little more positive and optimistic.

The "economic environment" means the situation that the economy is in. It includes:

“At first I was in total shock.”

“Don't tell me you've never ridden a roller coaster before!”