Lessons We have a connecting flight in 30 min...

“We have a connecting flight in 30 minutes and it looks like we won't be able to make it in time. Is there another flight that you can put us on?” 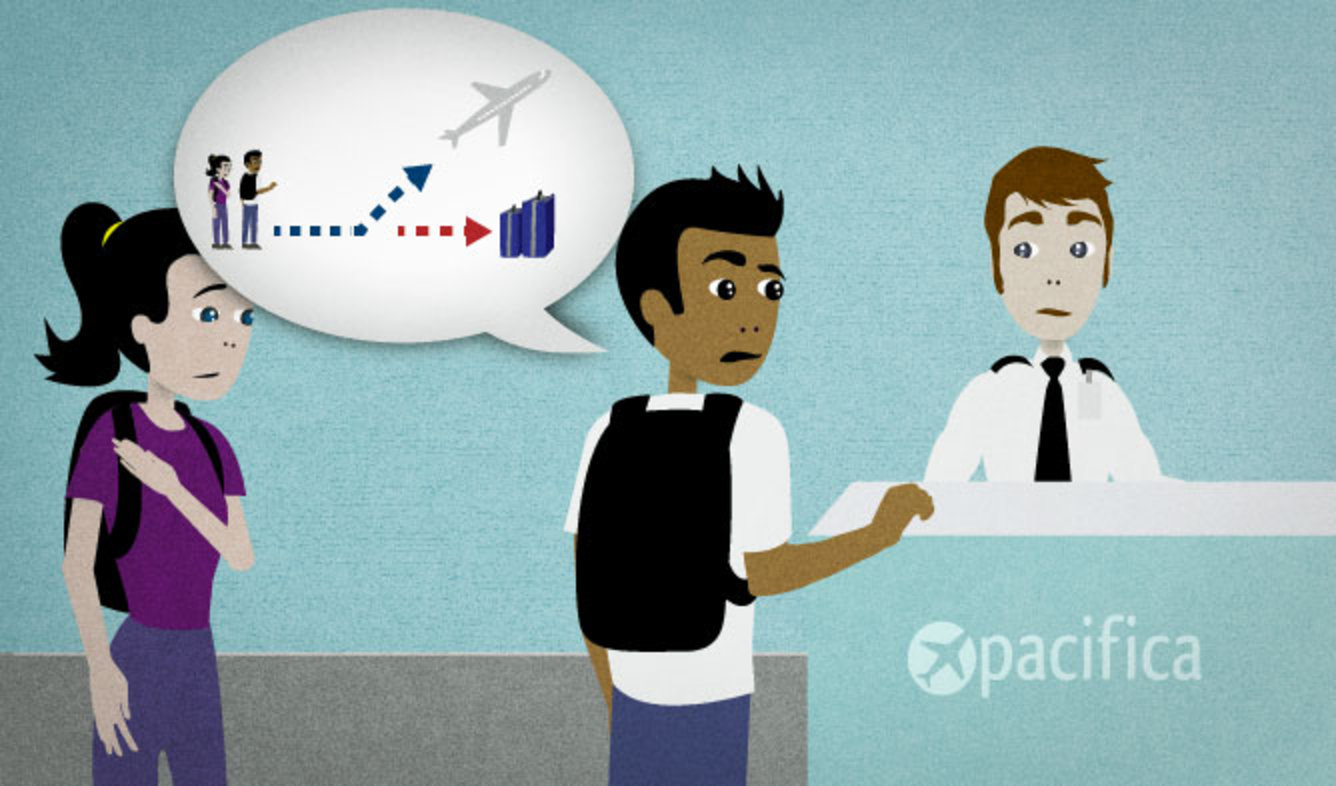 You're traveling to another country. You had one flight which arrived at 1:00, and you were supposed to take another flight at 2:30. However, you've been waiting for your luggage for almost an hour and it hasn't come out yet. You don't think you'll have enough time to get to your next flight, so you talk to one of the airline employees at the desk.

We have a connecting flight in 30 minutes and it looks like we won't be able to make it in time. Is there another flight that you can put us on?

This phrase can be used when you're guessing about how something is going to turn out when it's finished:

It looks like the Yankees are going to win this one.

However, it is also used in situations where something has already happened, and you have to tell the bad news to someone:

Sorry, it looks like we had to reject your loan application.

Saying "it looks like" something bad happened is softer-sounding than simply saying that it happened.

make it to (somewhere)

The phrase "make it to ___" means to come to somewhere. You use this to talk about attending events or meeting people. There are a few situations that you can use "make it" in:

(do something) in time

I wanted to do some kind of study abroad program, but I didn't get my applications done in time.

When you fly, sometimes you don't go straight to your destination. You fly to one airport, change to a different airplane, and then fly somewhere else. Changing planes is called "making a connection", and the flights are called "connecting flights".

put (someone) on a flight

This is a phrase that airline employees use when talking to passengers in an airport. When something changes with a customer's scheduled flight, the employees will offer tickets for other flights like this:

You can use the same phrase when you're asking airline employees to give you a seat on a flight.

Can you put me on the next flight to New York?

“Come to think of it, I can't even remember when the last time I hosted a part...”

“If you keep plucking them, you'll end up with no eyebrows left.”