Lessons We were growing really rapidly for th...

“We were growing really rapidly for the first few months, but since then it’s evened off.” 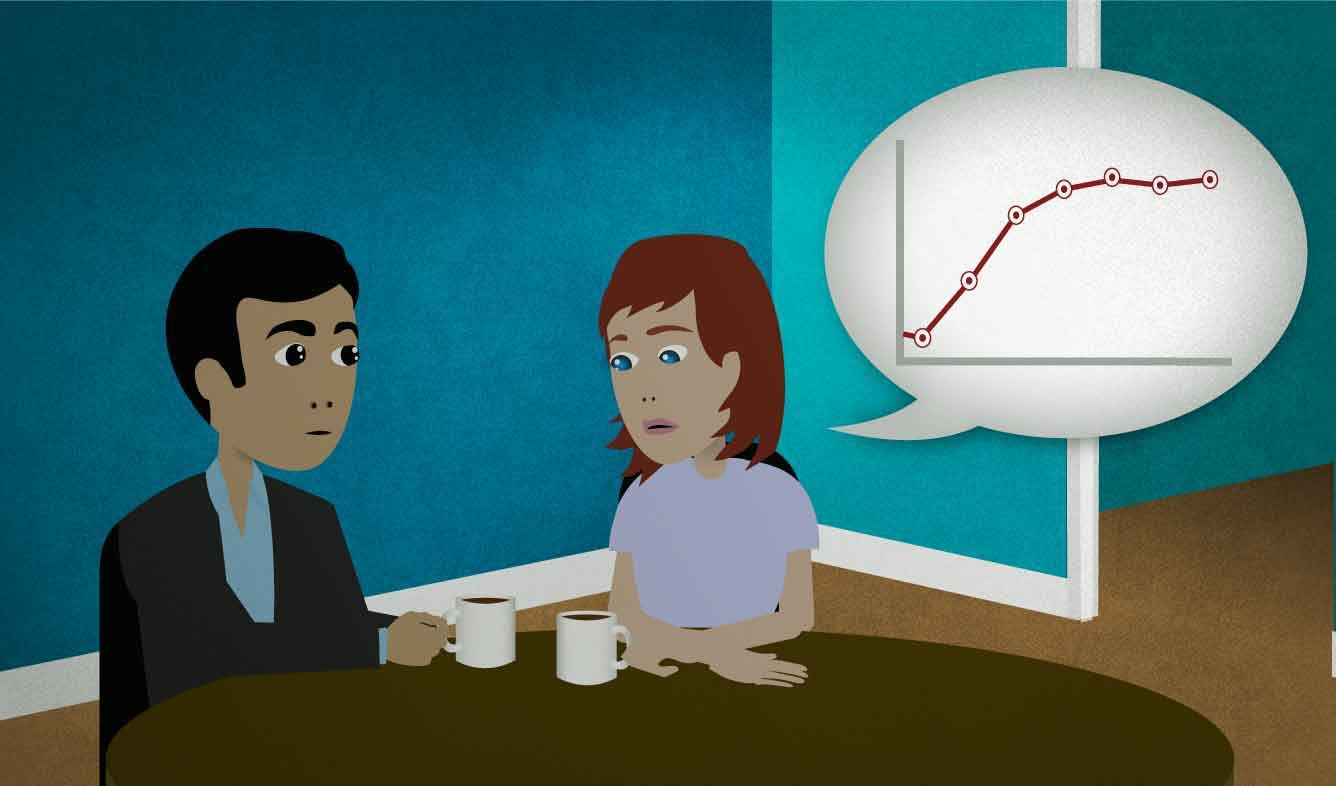 You started a small business with a partner. You're talking with a friend, who asks about the business. You tell him that it's not doing as well as it was when you started.

We were growing really rapidly for the first few months, but since then it’s evened off.

"Since" is used to talk about something that has happened after a certain time in the past.

I've loved him since I was 10 years old.

Haven't you eaten anything since lunch?

You don't use "since" with simple past tense verbs. Remember this! For example, "I loved him since I was 10" isn't correct.

If you were just talking about a point in the past, you can say "since then":

I moved out of my parents' place in 2003, and since then I've lived in 6 different apartments.

(a business) is growing rapidly

The word "rapid" means "fast" but is a little bit more formal.

You can say that a business is "growing rapidly" when then get bigger quickly, by:

(do something) for the first few (days/months/etc.)

You can talk about an early period of time with the phrase "for the first few ___".

For example, if a new employee has joined your team, you can suggest that they train with someone at first:

You should work with Sam and have him train you for the first few weeks.

As another example, you can talk about your first helicopter ride:

I was scared to death for the first few minutes.

(a number or amount) has evened off

When the number or amount of something stops changing, you can say that it has "evened off".

You can use this phrase when:

adverbs business idioms past progressive since
Print this Lesson

“I'm getting a head start on my Christmas shopping.”