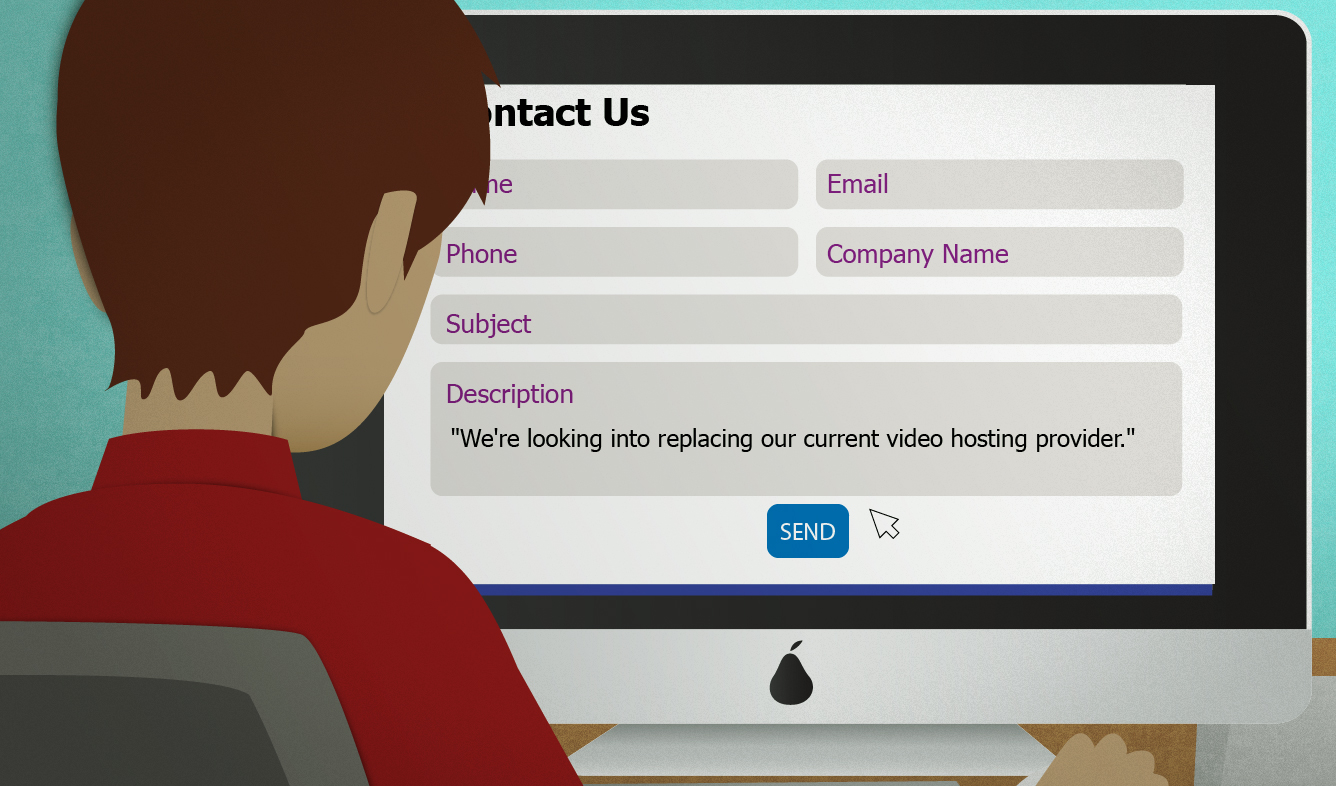 Your company has a website which uses lots of videos. You're trying to find a new service to use for storing and playing the videos. You write this in a contact form for one of the services.

"Current" means "now". But "now" can't be used as an adjective. So we use the word "current" instead. For example:

Their current President is a former business executive.

In this example, the "current President" is the person who is President right now. Here's another example:

He had two kids with his ex-wife, but he doesn't have any with his current wife.

"Replacing" something means getting rid of an old thing and getting a new one instead. You replace things like:

To "look into" something means to research it. For example, you can "look into" a problem:

A: Hey, there's something wrong with the air conditioner.

Or you can "look into" doing something. That means to research information to help you to make a decision:

I'm looking into investing in real estate, and I was hoping that you could help me out a bit.

"Hosting" files means to put them somewhere on the Internet or a computer network so that the files can be reached or downloaded. For example, a website is "hosted" on a server.

"Video hosting" is a service that stores videos and lets people watch them. YouTube is a popular example of a video hosting service.

A company that sells a service is called a "provider". Some examples of "providers" include:

People use this phrase in business situations because "___ provider" is a little formal.

“I find it really hard to focus on my work in the afternoon.”